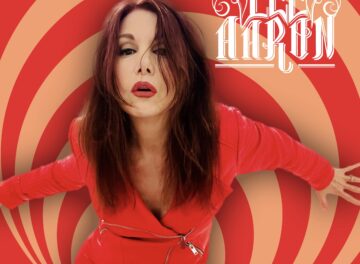 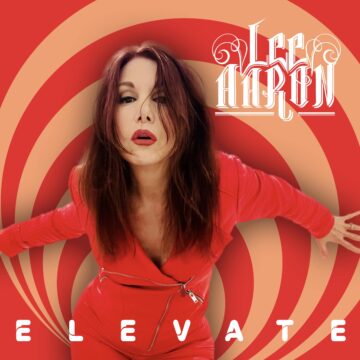 LEE AARON
ELEVATE
To be released on November 25, 2022 (Metalville Records)

Review:
Following more than a decade away from the spotlight raising her family, Canadian rock royalty Lee Aaron burst back in 2016 with the deservedly well-received Fire And Gasoline album and the 2018 follow up Diamond Baby Blues. With the advent of the pandemic rendering her unable to tour the excellent 2021 release Radio On!, a positive response was to book studio time, write and record a new album , and here we now are.

“Rock Bottom Revolution” kicks things off with a driving beat and sardonic lyrics about the current state of the world with suitably sneering vocals and will probably be a single if it isn’t already! “Trouble Maker” has an essence of 60’s girl groups within its universal tale of bad boy romance; and there’s a slight funky edge to “The Devil U Know” complete with fine Eastern sounding guitar work from Sean Kelly. The classy, ultra pop of “Freak Show” flows neatly into the pounding “Heaven’s Where We Are” with its succinct live life in the present message.

The insistent and defiant “Still Alive” gives way to the glorious and joyously poppy “Highway Romeo” that is simply aching to be a massive hit. “Red Dress” is a nostalgia filled, breathily pretty ballad that could comfortably have come from almost any era and is just gorgeous. We’re then back to the bluesy swagger that permeates throughout the album for “Spitfire Woman” which features a fine electric violin cameo from Karen Barg that duels nicely with Kelly’s guitar, before the uplifting, slightly Missing Persons style electro pop tinged album title track and closer “Elevate”.

It’s a polished production in every sense. Sean Kelly’s guitar work has a subtlety that is more than pleasing on every track, and the rhythm section of Dave Reimer on bass and John Cody on drums also merit a mention for their solid and finely understated performances. The songs are hook laden, radio friendly and memorable, and Lee Aaron herself sounds sassier and more seductive than ever!

If you accept that this is no “Metal Queen” rehash,  and that Lee Aaron has matured into a songwriter with deliciously gifted pop-rock sensibilities as well as having a trio of superb musicians to support those songs, then you will probably love this album as much as I already do! This is an unadulterated joy of a record.