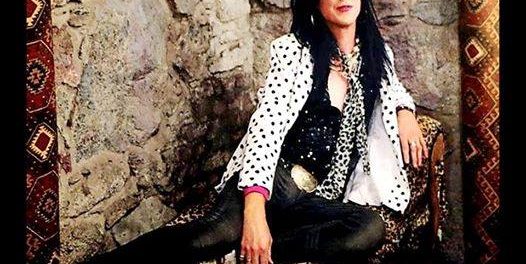 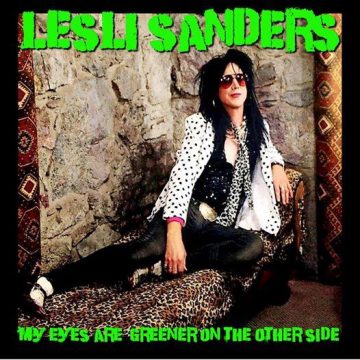 Review:
Solo albums are always tricky because you might be into a performer based on that artist’s contribution in a certain band but the artist in question usually takes the opportunity to explore some different musical grounds, which can tend to turn off or alienate his/her fan base. Very rarely does an artist’s solo album outperform the output from that performer’s band. There are a few exceptions such as Paul Stanley‘s last solo album Live To Win (2006) which is arguably superior to any studio album that KISS have released since Revenge in 1992. What is noteworthy though about Stanley‘s last solo album was that the singer did not stray away from the type of material that he would have usually come up with for KISS. In most cases where an artist attempts a solo album, you’ll get to experience that performer’s more mellower and more eclectic side. Prophets Of Addiction frontman Lesli Sanders‘ solo album falls in this latter category.

I knew that Sanders was playing some solo acoustic gigs but for whatever reason, I was not expecting that his solo album My Eyes Are Greener On The Other Side would also be an acoustic type album. Now, I am not a big fan of ballads or acoustic albums for that matter so listening to Sanders‘ new solo album was a bit of shock at first but once I got warmed up to what was being offered, I have to admit that I do enjoy all the songs although it’s not my music of choice by any stretch. I have to give kudos to Sanders who apparently handled all the singing and instruments on the album as well as the production duties. If it wasn’t for Ty Macdonald handling the recording, mixing and mastering as well as co-producing, My Eyes Are Greener On The Other Side would truly be Sanders‘ baby in the sense that he would have done everything on it.

“Here For You” starts off in a very Cinderella like fashion before Sanders‘ very raspy voice kicks in and kind of hinders the music accompanying it. The track is an “alright one” at best. This is followed by “My State Of Music” which has a certain Beatles quality to it and is based on a very simple piano based melody. Although this is not the style of music that I would normally listen to, it’s actually the best track and where his vocals fit best. Next up is “Atmosphere” which feels like there is an orchestra at times playing in the background although none is advertised in the CD booklet. The harmonies / background vocals really add to the song. “Throw Me A Rope” is like a cross between “My State Of Music” with its piano melodies and “Atmosphere” with its orchestral background at times. The last track is an acoustic version of Prophets Of Addiction‘s “As We Fall.” It’s only when I was looking for videos to include with this review that I realized that I knew the song already. Frankly, Sanders‘ acoustic version is so mellow and different than the Prophets Of Addiction‘s sleazy and scorching rendition of the song that the only common denominator seems to be Sanders‘ raunchy voice. Clearly, I like the Prophets Of Addiction‘s version of “As We Fall” way better than Sanders‘ acoustic rendition of it.

Overall, I am impressed with the musicianship for all the songs on Sanders‘ solo effort My Eyes Are Greener On The Other Side. I find that Sanders‘ voice works a lot better with Prophets Of Addiction‘s sleazy rocking music rather than for his solo acoustic tracks. Unfortunately, listening to a collection of slower acoustic tunes or ballads is not high on my want list so My Eyes Are Greener On The Other Side will likely not be revisited ever again unless Sanders brings his acoustic solo tour close to or in Toronto, Ontario, Canada.

Lesli Sanders‘ “As We Fall” song:

Lesli Sanders AS WE FALL

Lesli Sanders, from the Prophets of Addiction. July 2016