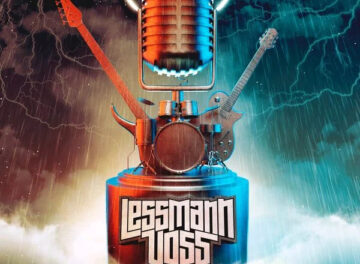 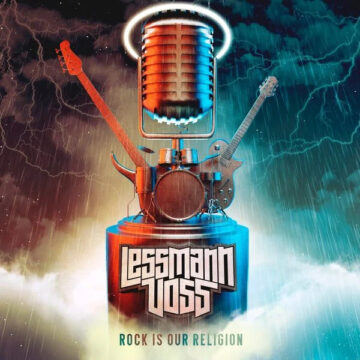 Review:
Rock Is Our Religion is the debut of Lessmann/Voss, a project led by Claus Lessmann, who sang in Bonfire from 1985 to 2015, and Michael Voss, vocalist, multi-instrumentalist, and producer best known for being part of Mad Max since 1983.

In the first bars of “Medicine Man”, which opens the album, one can see a conscious effort by the duo to move away from the sound of their original groups. So forget that hard ‘n’ heavy guitars on the stem with fat and tube tones; the guiding thread is a much broader and, consequently, accessible rock.  In the crosshairs, the casual listener, little used to the weight of more or labels; at the goal, a mix of uncompromising experiment with pandemic pastime. As examples, see “Slow Dance”, a thinly veiled tribute to the beginnings of rock ‘n’ roll, and the title track, especially the confessional line “Feeling sick and tired of Corona — Kill it!”. This does not mean, however, that Bonfire and Mad Max fans will feel totally adrift. “Stay”, this author’s favorite, could easily be in the repertoire of one of the bands.

With the exception of the drums — recorded by the hired gun Vincent Golly — Lessmann and Voss share, not equally, all the other instruments; while the first was only responsible for the acoustic guitar — which is rarely heard, by the way — the second was responsible for everything else — rhythm and lead guitars, bass, and keyboards.

Although the most fervent may question how devoted to the metal God Claus and Michael are, after the 50 minutes of listening, there’s no doubt that rock, lato sensu, is the guys’ religion. Amen!