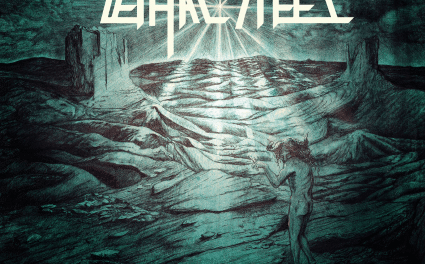 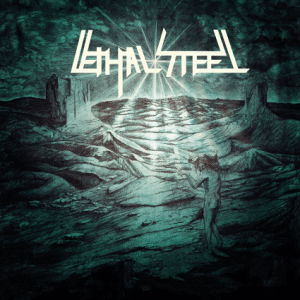 LETHAL STEEL
LEGION OF THE NIGHT
To be released on January 29, 2016 (High Roller Records)

Review:
“Traditional heavy metal” — for whatever reasons, those words conjure up images of the New Wave Of British Heavy Metal to me with groups like Iron Maiden and Judas Priest leading the charge with their early 1980s era style music. While it’s true that Lethal Steel have a traditional heavy metal sound that is reminiscent of that classic early ’80s period, their songs overall seem to sound a tad outdated similar to as if you were to listen to Iron Maiden‘s self-titled debut album. Perhaps this is simply due to the production on Lethal Steel‘s debut album…

The one annoyance with Legion Of The Night is the constant operatic like singing crescendos adopted by lead vocalist Viktor Gustafsson, which are often accompanied by background vocals to emphasize that portion of the vocals. I don’t mind when this is done occasionally and tastefully such as when Michael Kiske was fronting the pre-Pink Bubbles Go Ape era Helloween but Gustafsson simply adopts his operatic finishes way too often throughout the songs. That type of singing should be a highlight of a song rather than a constant feature of a song. A track like “Nattsvart” highlights the excesses of Gustafsson‘s operatic vocal finishes. Throw in that I am not into the whole occult thing and the vocals and lyrics really do not resonate with me.

The music itself on Legion Of The Night is engaging, simple and effective. The rhythm section is strong, the twin guitar attack and harmonies work well together, and the extended guitar solos such as on “Nattsvart” are fun and melodic to listen to. My favorite tracks are the faster tracks such as the opening track, “Into The Void Of Lucifer” and “Demon From The Past” where Gustafsson seems to do less of his operatic voice finishes, and the engaging guitar melodies and riffs just make you want to headband away.

Overall, the music on Lethal Steel‘s debut album Legion Of The Night will take you back to that “traditional heavy metal” sound of the early ’80s, which I think is a good thing. Your enjoyment of the album will likely hinge on your enjoyment of Gustafsson‘s singing, which I often find more annoying than enjoyable for the reasons mentioned above.