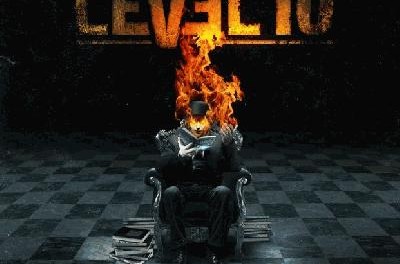 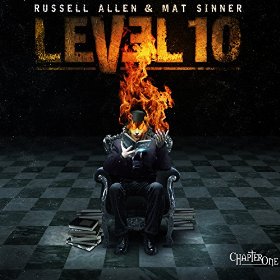 Review:
My friend and new Sleaze Roxx writer Eduardo (check out his first Sleaze Roxx review) advised me of two new bands earlier this year, Level 10 and Dracula. Ironically, each respective band features a powerhouse vocalist — namely Russell Allen and  Jorn Lande — who have worked together on a number of albums as Allen-Lande.

Level 10 is a new alliance between powerhouse vocalist Russell Allen (Symphony X, Adrenaline Mob, Allen-Lande) and bassist/producer/writer Mat Sinner (Sinner, Primal Fear). Apparently, Allen and Sinner met a few times during the years and swore to each other to find the time and the chance to work together. The occasion eventually came when Frontiers Records president, Serafino Perugino, managed to connect the two together again and have them commit to the creation of a new metal album like no other. What I was most surprised when leafing through Chapter One‘s CD booklet was that there was at least one other heavyweight that was part of the Level 10 project and that was none other than Masterplan founder and ex-Helloween guitarist Roland Grapow. I was pretty sure that I was going to enjoy Level 10 as soon as I saw that Grapow was handling the guitar duties although I did note that he did not get credit for any songwriting on Chapter One.

Upon hearing the guitar riff for the opening track “Cry No More” on Chapter One, my first thought was is this Whitesnake? Has David Coverdale released new unreleased songs from Whitesnake‘s 1987 era? As it turns out, only two songs (the opening track and “When The Nighttime Comes”) really sound like Whitesnake to me on Level 10‘s debut album. The rest of the album is really mostly some good melodic metal. Sure, some songs definitely work better than others but overall, Chapter One is a solid metal record that will likely never really disappoint when you play it. A lot of credit has to go to Allen who has to be one of the top metal singers out there. My favorite tracks are the opening track “Cry No More”, the speedier anthem like “Scream And Shout” and “Soul Of A Warrior” which reminds me of Lande‘s solo work. The songs that could have been better are the ones such as”Blasphemy” and “The Soul Is Eternal” where the keyboards simply have too much emphasis. In addition, unlike his Allen-Lande collaborator Lande that seems to excel at singing the slower plodders so to speak, I find that Allen is better at singing the faster metal tracks such as “Scream And Shout” than the slower ones such as the ballad “All Hope Is Gone”.

At the end of the day, Level 10‘s Chapter One is strong enough that I am hoping to hear more from the band. However, with Sinner, Allen and even Grapow having so many projects going on more or less at the same time, it appears unlikely that this will happen again anytime soon.