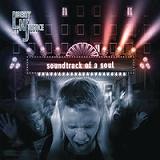 Review:
Albums such as this can be difficult to review, because it isn’t so much a band effort as it is a concept, and with so many guest musicians the material itself gets pulled in all sorts of different directions. Liberty N’ Justice is a Christian rock band consisting of Justin Murr who gathered some of the biggest names in rock to release a pretty cool album.

Now I’m not a fan of organized religion, nor do I like lyrics that preach. However I didn’t really notice much in the way of either on this disc – maybe it’s a good thing no lyrics were included with this pre-release promo. Of course with so many different musicians taking part there is going to be some bad with the good, but the later seems to outweigh the former. And you have to give credit to Justin Murr for writing some catchy melodic songs, songs that reminded me of Ken Tamplin And Friends‘ 2003 release Wake The Nations.

Every listener will have their own favorites based on the vocalist singing, but I’m going to list the ones that caught my ear. Sebastian Bach‘s “Another Nail” is a cool song, even if he doesn’t sound like he did on those Skid Row classics. Former teen sensation Leif Garrett (likely the last person I would associate with religion) sounds damn good on the mid-tempo “Sight Unseen”. 80s rockers Mark Slaughter and Pete Loran stick to what they know best on “Thy Will Be Done” as does Ratt‘s Stephen Pearcy on the heaviest track here, “Killer Grin”.

Phil Naro does a commendable job as well, but the best track here is sung by former Lynch Mob belter Oni Logan. “Show Me The Way” is a crunchy heavy song that is slow to get going, but has one incredible chorus.

This is an entertaining CD, even if the final track “Outro” left a sour taste in my mouth. If I wanted to hear a sermon I’d go to church. I do however like the strong bass drum, when that is recorded properly it makes for a big sound. Soundtrack Of A Soul won’t be released until March 28th, but in the meantime you can pre-order it at www.libertynjustice.net.