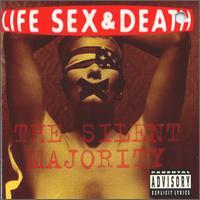 Production:
Produced and engineered by Duane Baron and John Purdell.

Review:
When you first hear this CD, you think great, Cheap Trick crossed with early Van Halen and Sex Pistols with a little Tom Waits mixed in. But then you see lead vocalist Stanley and you think homeless bum!! This band had it all: great vocalist, great catchy songs, tight rhythm section and a tasty guitar player with good hooks. What went wrong; perhaps a wrong tour with Lynch Mob, a different image with the lead singer (stinky bum) or maybe the wrong singles released? People just didn’t know what to make of this band of three rough looking pretty boys fronted by a rotten tooth bum who had a great set of pipes, sense of melody and a bad odor. What a shame!

This debut/only release was recorded mostly live at Cain’s Ballroom in Oklahoma, which was the site of one of the Sex Pistol‘s stops on their infamous first US tour in the 70’s, and the reason the band picked this location to record (to channel the Pistol‘s past energy).

The Silent Majority has it all, from the Cheap Trick sounding opener “We’re Here Now” with the Tom Waits style intro of “Blue Velvet Moon” to the heavy Alice In Chains style of “Jawohl Asshole”, “Tank” and “Train”. “School’s For Fools” and “Telephone Call” are very memorable Van Halen-ized tunes that could have worked as hit singles. The acoustic “Farm Song” could have come as an outtake from the Van Halen album “Women And Children First”. “Fuckin’ Shit Ass” contains the catchiest sing a long opening drum part and harmony vocals in a song not able to be played on MTV or the radio, ever! There are lots of brilliant ideas and playing on this record.

The two great ballads “Hey Buddy” and “Rise Above” (which features great piano work by Stanley and reportedly the song that clenched them the biggest deal with WB Records since Jane’s Addition – who were also signed on the strength of a ballad, “Jane Says”) should have made this band massive. There is not a clinker in the bunch. The Silent Majority was a powerhouse of raw, catchy, dirty rock and roll and one on the only release in the 1990’s to get me excited. It goes for big bucks on Ebay and I highly recommend tracking it down to add to your sleaze rock collection or the Live In San Diego bootleg DVD that gets listed occasionally.

As to the whereabouts of the band members, Stanley is rumored to be making a comeback in Hollywood, but it was common knowledge on the streets of Los Angeles that he was a millionaire (family $$) all the time he was in L.S.D. and currently still is. Alex Kane fronts Anti-Product in England, who are very popular now. The rest are MIA, which is a shame, cuz this was the best band to come out of the 1990’s!!