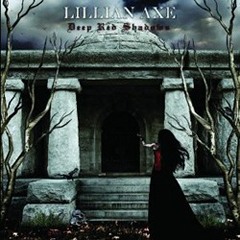 Review:
Lillian Axe circa 2010 is a shadow of the band that was mentored by the late Ratt guitarist Robbin Crosby in the late ’80s. Gone are the fun-loving, poppy party songs — the only remaining staples being the band name and founding member/guitarist Steve Blaze. On the group’s new self-released album entitled Deep Red Shadows we catch the band following the path paved by previous efforts Waters Rising and Sad Day On Planet Earth, both of which received a lukewarm response by fans who expected the sound of old.

The problem facing Steve Blaze is that he’s dropped the sound that gained Lillian Axe a buzz back in their heyday. Instead he’s elected to pursue a post grunge rock sound that we’ve heard bands such as Dokken and Warrant attempt with little to no fanfare in the past. That’s unfortunate, because Blaze is a great guitarist and it seems like he has put limitations on himself — perhaps taking things a bit too seriously.

Sadly there isn’t a memorable moment on Deep Red Shadows and to make matters worse singer Derrick LeFevre has left the band just prior to the CD’s release date. Blaze has since enlisted the services of former Metal Church vocalist Ronny Munroe who is a fantastic vocalist in the tradition of Dio, Hughes and Gillian. Can you imagine Munroe tackling songs like “Show A Little Love” or “She Likes It On Top”? Don’t worry, by the sound of Deep Red Shadows those tracks probably aren’t even in the setlist these days.

Deep Red Shadows is an album that is in the same realm as Ultraphobic, Shadowlife and Revolution by Warrant, Dokken and Slaughter respectively. In other words, gone is the memorable fun music of years past.