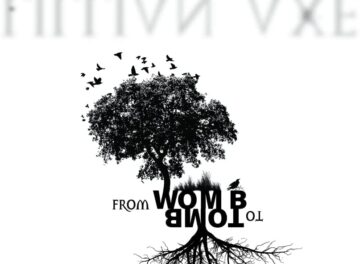 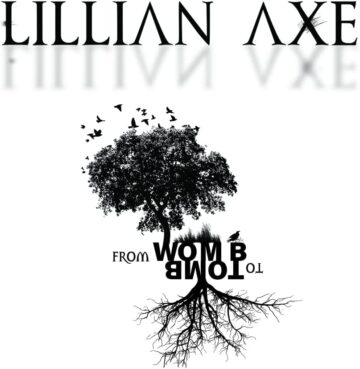 LILLIAN AXE
FROM WOMB TO TOMB
To be released on August 19, 2022 (Global Rock Records)

Review:
Since their inception in 1983, New Orleans natives Lillian Axe have endured the subsequent decades with several long periods of inactivity, but remained intact due mainly to the perseverance of chief songwriter and lead guitarist Steve Blaze as well as bassist and only other remaining original member Michael “Maxx” Darby. With a somewhat revolving door policy of vocalists and other assorted musicians, they entered the 21st century with only sporadic releases to pacify their loyal fan base.

This then is their first official new release in a decade and from the opening twinkling of the choral-like “Breathe”, it is abundantly clear that this is a foray into the concept of life until death, as the awful album title obviously suggests. The pomposity of “I Am Beyond” and “Never Ending Me” is quite staggering and continues throughout the album, each composition merging seamlessly into each other, despite attempting some sort of respite with equally pious interludes such as the spoken word “Finally Clarity.”

There are one or two moments that stood out, such as the nice acoustic number “No Problem”, and “Feelings of Absinthe”, but that’s only two in a listing of 16 which is no great return at all. As I mentioned earlier, the songs all blend into one another and the attempts at being memorably epic are often cringe-inducing — such as “The Fall of The Human Condition” and the simply awful “Dance of The Maggots.”

The production is, as you would probably expect, crystal clear and the playing is of course exemplary. Blaze is a fantastic guitarist and Darby similarly impressive on bass with the added bonus of quality work from guitarist Sam Poitevent and Wayne Stokely on drums. Current vocalist Brent Graham clearly has a fine set of pipes and does his utmost to inject some passion into proceedings but ultimately the songs themselves lack any discerning quality or interest.

If you can imagine a doom laden, prog-style overblown musical as staged by someone like Andrew Lloyd-Weber, then this is pretty much what you have here. If, on the other hand, you are expecting some quality hard rock of the kind that littered Lillian Axe‘s first two albums, then – like me – you will be sorely disappointed and possibly even annoyed.