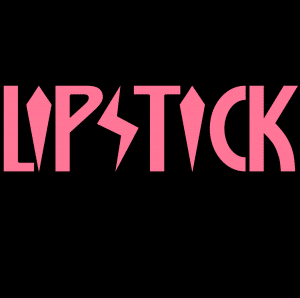 Review:
It is always a lot of fun playing a CD for the first time from a band that you are not familiar with and without having previously heard any of the songs. This usually rarely happens to me in these days of advanced technology and singles. A couple of weeks ago, Lipstick co-founder Greg Troyan sent me the band’s self-titled debut CD which I received a while later in the mail. I admittedly knew very little about Lipstick aside that they were a glam metal band emanating from Nashville and that is simply from what Troyan told me! I resisted the urge to check out Lipstick prior to obtaining the band’s self-titled debut CD so that I could have the excitement of playing the CD without any preconceived notions aside that I knew it was a glam metal band. I also found out that Troyan had written for Sleaze Roxx in the past and he actually recently did a very good interview with Tom Keifer. Why am I telling you this last bit of information? It is more full disclosure so that you know that I am aware that you know that I am reviewing a CD from an occasional part-time Sleaze Roxx writer, which is a tad awkward I readily admit.

Luckily for me, Lipstick‘s debut CD is actually quite good which makes this review a fairly easy one to write given the circumstances. Think glam metal in the style of Poison‘s Look What The Cat Dragged In with a punk edge and different vocals and you will have an idea of what Lipstick offer on their debut self-titled record. The songs on Lipstick are for the most part poppier than what I would usually listen to but they are so catchy that I found myself really enjoying them. There is a lot of variety on Lipstick from the piano filled “Merle” to the Great Big Sea sounding “Fight Club” and in that regard, it reminds me of some of Alice Cooper‘s more eclectic releases. The one common element for most of the songs are the catchy and well played guitar riffs and solos. Not surprisingly, it is the harder edged songs that I prefer such as the punk feeling opener “We’re Here to Rock You” and the very early Iron Maiden sounding “The Flash”. In fact, the latter song was the biggest surprise because it contains a guitar solo lasting about four minutes — yes, four minutes — and what is truly surprising is that I enjoy every second of the extended guitar solo. Too bad that Lipstick don’t play more faster tunes such as “The Flash”.

I think that a listener’s enjoyment of Lipstick‘s debut record will depend on how you enjoy Troyan‘s singing which is pretty one dimensional and somewhat limited. While I enjoy Troyan‘s singing on the faster tracks, I find that his singing does not shine on slower tracks such as “Tonight” or “I Want The World To Know”. I usually would not comment on a band’s look when reviewing a CD but Lipstick‘s look is much closer to circus clowns than a traditional heavy metal band. Clearly, this is not a band that takes itself very seriously and in fact is pushing the envelope of what a sleaze rock fan might tolerate from a visual perspective. Why the group even has a mascot — a teddy bear — named Mr. Cool.

Putting aside the very or too glam look for my taste, the music is the key here and Lipstick deliver a diverse yet exciting collection of catchy lighter glam metal meets punk tracks.