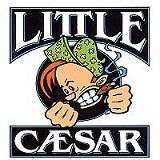 Review:
The second release (and first proper album) from this L.A. fivesome smokes! Uncompromising, tougher-than-hell, ass-kickin’ rock ‘n’ roll is what can be found here, to everyone’s joy.

The opener, “Down-N-Dirty”, is a fist in your face, while “Hard Times” and the stunning Motown (!) cover “Chain Of Fools” display more melodic yet anthemic choruses alongside crunchy guitars and thunderous drums. “In Your Arms” is gentle, almost like a ballad, while “From The Start”, “Rock-N-Roll State Of Mind”, “Drive It Home” and “Cajun Panther” make the atmosphere sleazy and raunchy. “Midtown” starts out as a ballad with a non-distorted verse but ends up rockin’ and reelin’. “Wrong Side Of The Tracks” is probably one of the best songs to EVER come out in the 90s and makes you feel like you’re driving a muscle car on a desert highway at top speed – terrific. “I Wish It Would Rain” slows things down an inch but is still very enjoyable, and last but not least, “Little Queenie”, rocks the listener and makes you want to push ‘play’ again.

This is probably Little Caesar‘s best record and one of the most criminally underrated albums of the 1990s, regardless of musical genres. The record company, dissatisfied with the success of the album, put the band at the end of the schedule causing their undeserved demise.

In conclusion, Little Caesar is an incredible album that anyone fond of REAL rock ‘n’ fuckin’ roll must own to call themselves rockers! I give the album three thumbs up!