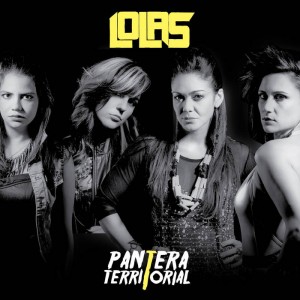 Review:
I’ve always been one to think that that music is one of those things that’s universal. I listen to a wide variety of bands from around the world and I really feel like I would have missed out on some really great music if I had only limited my listening to just bands that spoke and sang in English.

Recently, I discovered, quite by accident, a band called the Lolas from Panama. And although my ability to understand the Spanish language is very limited, I really enjoyed everything from this album. They describe themselves as “Hard rock made by female rockers from Panama City, Panama. In your face lyrics combined with killer guitar riffs influenced by ’70s and ’80s hard rock and heavy metal bands.” And that description is really accurate.

The band is loaded with talent and remind me a lot of another all-girl band you might have heard of, called The Runaways. These girls know how to rock and they take no prisoners. I hear similarities to other bands like Girlschool, Rock Goddess, and The Donnas in their sound. And for those that like to rock without slowing down, there’s no worries here. There’s not a single ballad on this album.  You get eleven tracks of pure head banging rock ‘n roll. If you’re worried about the language barrier, don’t be. Their message of rock ‘n roll translates just fine.

And now for the best part… you can own this album, for the great low price of free! That’s right! You can legally download the whole album for free over at their bandcamp website. So what are you waiting for? Go get it and start rockin’! Download it here: Lolas: Pantera Territorial.