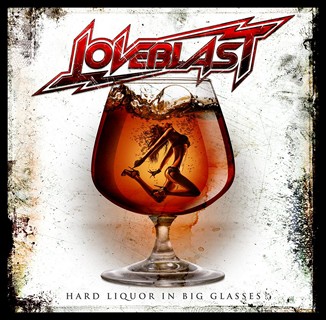 “Wild Forever” breaks out with a heavy, clean mix with just the right balance of distortion and layering. Brian Durbin‘s vocals could do with being a bit rawer to make it really sleazy, but note-wise they are brilliant and it’s great to hear such confidence and steadiness in the delivery. I loved the whispered bridge and wanted more of it, but this track dives right back into its great rhythm and groove, driven by bassist Johnny Rox — though if the whole song was a little wilder I wouldn’t have complained. “In Your Arms Tonight” shows the band’s softer side but remains heavy with the driving bass stopping it from becoming a soppy love song. The break-down style of the pre-chorus gives Durbin‘s vocals a sense of urgency and feeling. The chorus was a little bit of a let-down regarding power and coherency but it’s certainly not a bad song. Arguably in place, the songs are a little simple but when they deliver everywhere else, it’s hard to criticize this.

“Rain On Me” is a wicked blend of sleazy lyrics, ripping guitars and wild vocals. It opens slowly with grinding guitars before Durbin really steps up his vocals into raw growls and shouts. Guitarist Brian Gilmanov fills in behind with some screeching licks before the whole song becomes haunting and skin-prickling through a soft bridge — it’s a sensational song. The title track has a more melodic rhythm but Durbin mixes the raspy and the clean effortlessly and the interweaving of guitar and bass rhythms creates a great mirroring effect. Catchy, competent and hard — the mark of a true rock band. “When We Were Young” opens with the feeling of something more ’80s — it’s fast, bright and the vocals are smoother, if a little teen-pop. The chorus is fun and pacey, though the verses were weak, especially given the previous heaviness and prominence of the rhythm section. In this track it all feels a little toned down. However, it does the job of carrying you to the end of Hard Liquor In Big Glasses without feeling rushed, but also unsatisfied — because I just want more!