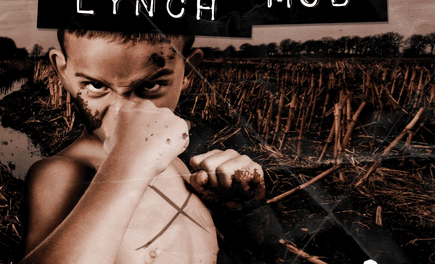 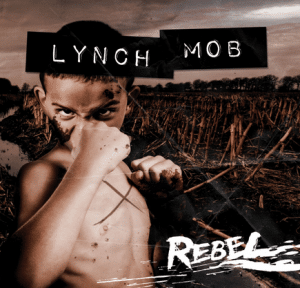 Review:
George Lynch is an icon in the hard rock community. During more than 30 years of musical activity, the man crafted his own unique style, penned some great songs, and most importantly, rather than just riding on the coattails of his breakthrough act Dokken, he kept on releasing new music.

Last year was very rich in Lynch branded releases. Not only did Lynch join forces with Michael Sweet of Stryper on Only To Rise, he also did with Dug Pinnick of King’s X and Ray Luzier of Korn on KXM and he also released his own solo project Shadow Train and an EP by his now definitely main band Lynch Mob titled Sun Red Sun.

The only thing that was a bit of pain in the neck for me was that none of these releases really knocked me off my feet. All were more or less OK (with KXM standing out) but none really blew me away like Lynch Mob’s excellent 2009 released Smoke and Mirrors. Check it out in case you haven’t yet had the chance.

Anyways, the case is very similar with the latest Lynch Mob release Rebel. The album is really well produced, oozing with a heavy, dark sound, which is well balanced by Oni Logan’s melancholic style of singing. The sound might not appeal to all hard rock fans, as it gets really heavy, almost grungy at times. It reminds me a bit of the records a lot of hard rock acts used to issue in the mid ’90s to appeal to the grunge crazed audiences. But in the case of Rebel, this sound seems more sincere, and sort of fits in with Lynch’s signature “dark” guitar playing.

The songs here are in the majority mid-tempo rockers, with a very heavy accent laid on the rhythm section, compromised of Jeff Pilson — Lynch’s bandmate from his Dokken days — on bass, and Brian Tichy on drums. The first track “Automatic Fix” is a very good representation of the majority of the rest of the record. Meaty kick-off riff, big emphasis on rhythm, and ambitious lyrics climatically sung by Oni Logan, who, over years similarly to Lynch, developed a very unique style. The only thing I cannot seem to find for myself here is the catchiness. The standout tracks here in my opinion are: a very dark and rhythmical “Sanctuary” and the only fast tempo song on the record “War.”

All in all, it is yet another “good enough” record by Lynch. “Good enough” indicating by no means bad, but one you really think had potential for more. I even like the sound Lynch is going for, as I think he is very comfortable in the lower, darker tones, while still keeping his hard rock roots solid. My problem with this album is that none of these songs kept me going back to it again and again. And that was the case with earlier Lynch branded recordings. Maybe this CD will grow on me over time but at this point, I have a slight feeling of dissatisfaction.

Rebel is another good, but not killer record, coming from a guy who in the past could put out 10 songs on one release that I could not glue myself off. It is by all means worth a listen, but I think the next George Lynch masterpiece is still to be released.