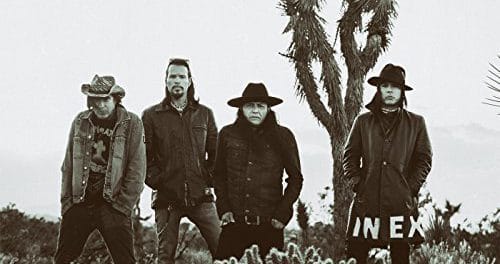 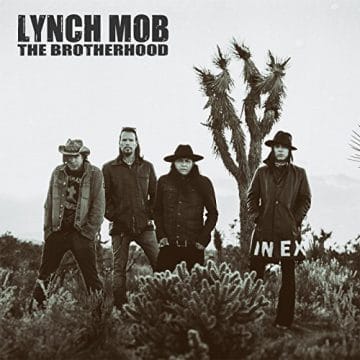 Review:
George Lynch is considered by Gibson Guitars as one of the top ten metal guitarists of all time. Of course, his time with Dokken was legendary, but first came to an end in 1989. Lynch ultimately created Lynch Mob, and their first release in 1990, Wicked Sensation, reached gold status in the US. Following a few non-starter albums in the 2000s, Lynch Mob got serious again with Sun Red Sun in 2014 and Rebel in 2015. Lynch is also working on several side projects, most notably his partnership with Stryper’s Michael Sweet.

Lynch Mob’s current album sees the return of Oni Logan as singer, experienced touring bassist Sean McNabb, and BulletBoys drummer Jimmy D’Anda, a personal favourite of mine. As an aside, I was in a record store in 1990, trying to choose between Wicked Sensation and Love/Hate’s Blackout In The Red Room. The store guy convinced me to get Lynch Mob because of Lynch. In retrospect, Wicked Sensation was good, but I probably would have enjoyed Love/Hate more… at that time.  The thing is, Wicked Sensation album tracks like “Bed Of Roses” or “River Of Love” hold up better 27 years later.

So the eighth studio album by Lynch Mob isn’t quite like their first. In fact, only the track “Where We Started”, or to some extent “Mr. Jekyll…” revert back to the old formula. “Main Offender” is a solid rock song, combining great vocals and a wicked guitar. I can see a progression from other Lynch Mob albums in the past decade. “I’ll Take Miami” and “Last Call Lady” are a pair of fun tracks. They don’t take themselves too seriously, and one can imagine smiles on the faces of the band during their recording.

One of the things that always impressed me about D’Anda was his use of unique techniques with BulletBoys, particularly on their second album, Freakshow. “The Forgotten Maiden’s Pearl” shows off some detailed percussion to work with Lynch’s understated composition and Logan’s strength as a vocalist.  But then, “Until The Sky Comes Down” hits you with the opposite.  A solid rocker with licks usually only fashioned by experienced axe men.

“Black Heart Days” is one of those head-down, groove it out type tunes that you either get into or reject almost immediately.  I’m not a particular fan of “Black Mountain” as it plods along for far too long, and the chorus takes a long time to develop an interesting guitar line. The grinding “Dog Town Mystics” reverts to Lynch Mob’s original “biker metal” feel way back when. Of the final two tracks, “Miles Away” is a gentle power ballad, while “Until I Get My Gold” is a bluesy stomp that rides the line between full-on ZZ Top or quieter Stevie Ray Vaughn.

The Brotherhood seems to come as close to Lynch Mob’s Wicked Sensation as any of their previous albums, but at the same time, it is more in tune with hard rock in 2017. The songs are smart and mostly well thought out. Lynch himself, at age 63, continues to work hard and produce some great music.

Lynch Mob “Main Offender”/ Official video from their all new CD “The Brotherhood” available at: http://www.ratpakrecords.com/lynchmob or on iTunes http://sma…