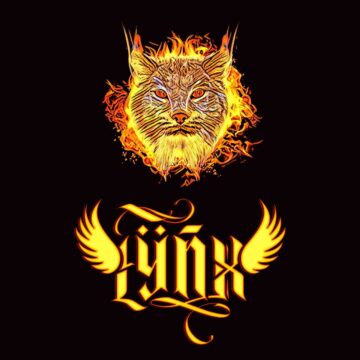 Review:
Canadian rockers Lÿnx release their self-produced, self-titled six-song EP and, according to their accompanying press info, are “bring their 80’s influenced hard rock style to the party where you are guaranteed a good time.” Confident words so let’s see, shall we?

“Shout Out Loud” opens the EP with quite possibly the most appalling, clichéd lyrics over a muddy, lumpen production that really doesn’t help matters in the first impression stakes. The guitarist Blade (yes I know!) tries his hardest to revive interest with some fine work but the song simply doesn’t go anywhere in its five plus minutes. “It’s Time To Party” is up next and the overall production is much clearer but the problems otherwise remain exactly the same — terrible lyrics over decent playing and five more minutes at the same pace with no apparent desire to either rock hard or provide enjoyment, thereby remaining completely at odds with their statement of intent.

By the third track “Rock N’ Roll Tonight”, I was convinced that this was some kind of Steel Panther style wind-up and, to be honest, I’m still not certain either. This song has obviously a KISS or Poison reference but without any of that finesse or style whatsoever. And then there’s the ballad “Hold Me Tonight.” By this time, I really am chewing my knuckles in utter wonder at the pure crassness of it all. The production once again lacks any clarity, which occasionally at least renders the abysmal lyrics difficult to hear. Now all this is a bit of a shame really because the band, completed by Fangs on bass and Flash on drums, are more than capable and, as I’ve already stated, guitarist Blade provides flashes of excellent work throughout. Vocalist Lazer Wild (I mean, really?) gives a heartfelt if stylized performance on every track; singing even the most banal lines as if he really does mean it which I’m sure he does if he wrote them.

And this is where it gets even odder. Track five “That’s All I Want” has a clear production and a snarling vocal performance of a very good song! Shock horror and total surprise. It’s taken them five attempts and it almost seems like a different band, but they pull it off despite yet more awkward lyrics but with a great gang style chorus. The final track “Someone You Loved” is in a similar vein and has more than a little Matchbox Twenty or even Hinder feel to it which is definitely no bad thing in my book. Wild’s performance of this song is impassioned and the band more than match him in that respect.

This is certainly an odd release. The first four songs are awful, cliché-ridden, badly produced and extremely – and I do mean extremely – lumpen songs that most people wouldn’t have allowed to remain on the player past the second track; but the last two are the work of a band who may have found some sort of mojo from somewhere. Two out of six is, however, not a great return on any investment and Lÿnx would be well advised to ditch the first four tracks and release the last two as singles because they are decent songs. Sadly, if they were “bringing this to the party”, I wouldn’t be staying longer than one beer and I’d probably take that bottle home with me.