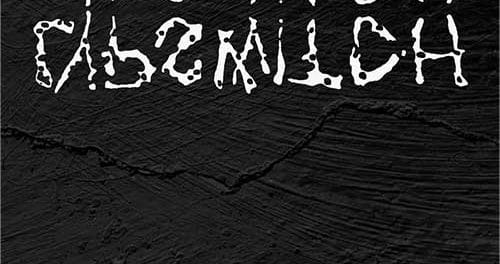 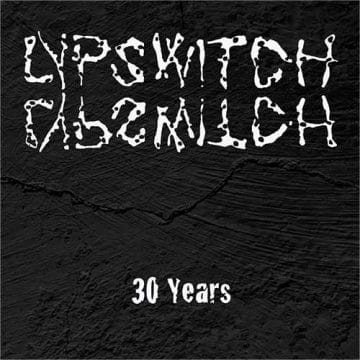 Review:
Whether it’s fair or not, I like to listen to albums for the purposes of reviewing them simply by playing them in the background and waiting for something to perk my interest. Sometimes, nothing grabs my attention, which does not necessarily mean that I won’t like the album. Sometimes, I fall in love with the first note that is played and then it’s just a matter of what the vocals will sound like. In the case of Lypswitch‘s album 30 Years, I intended on reviewing the record when it was first released and arrived at the Sleaze Roxx headquarters but something was amiss when I was listening to it. I couldn’t quite put my finger on what that was so decided to come back to the album at a later date.

I now know what the “issue” is. Eleven of the 14 songs on 30 Years were written by bassist David Love between 1988 to 1991. It’s worth noting that five out of those 11 songs were only recorded in 2018 but the songwriting magic for those five tracks date back to that “golden music era” of the late ’80s / early ’90s for hard rock / heavy metal. Accordingly, although five of the 11 songs were recorded in 2018, they all sound like they date back to 1988-91 in terms of the hooks, melodies and attitude. All of those tracks are quite enjoyable and had the record only had those 11 songs, I’d probably be writing about what a great album this is from start to finish. Unfortunately, Lypswitch decided to write three new songs in 2018 and include them mid-way on the album after the first five that were written from 1988-91 but recorded in 2018. The three tracks in question that were written and recorded in 2018 — “Domination”, “Thirst” and “Carry Me Away” — sound like dull, plodding, grunge era music and really have kind of ruined the 30 Years album experience for me.

The sharp contrast between Lypswitch‘s 1988-91 songwriting output to their 2018 one reminds me of WildSide‘s fall from grace from their superb debut Under The Influence to their mediocre self-titled follow up. How does a band change its sound so much from one record to the next? In Lypswitch‘s case, it’s all there on the same album! Five sizzling late ’80s era rockers (recorded in 2018) followed by three mediocre grunge styled tracks followed by six solid late ’80s era tunes (which sound a little bit dated since they were recorded back in the late ’80s / early ’90s). Just like WildSide, Lypswitch‘s songwriting “team” underwent some significant changes which explains why the three songs written and recorded in 2018 sound so different from the rest of the songs on 30 Years.

In WildSide‘s case, the songs on the debut Under The Influence were penned mainly by singer Drew Hannah and guitarists Brent Woods and Benny Rhynedance. By the time that WildSide‘s self-titled sophomore record came out four years later (in 1995), Woods and Rhynedance were out of the band, and Hannah and new guitarist Bruce Draper had written the rather awful grunge influenced material that can be found on that album. In Lypswitch‘s case, all of their late ’80s / early ’90s material was written by bassist David Love but unfortunately, he was not part of the process for the three new songs written in 2018 by guitarist Mick O’Brien, singer Danny Whaley and “KA” (presumably drummer Kevin Agosta). Sadly, those three new songs written in 2018 leave a bad taste in my mouth every time that I hear 30 Years. Just picture it. When I put on 30 Years, I am rocking out and thoroughly enjoying the first five classic hair metal songs before eventually having to stop the record because those three songs mid-way through are just so different and really — hate to say it — subpar.

Some might say, “Hey Olivier! You’re just focusing on the three songs that you don’t like.” Yes. I realize that this is the case but the inclusion of those three tracks kind of kill my Lypswitch experience every time. This is the case where less would have been more. Lypswitch should have just released the 11 songs written by Love from 1988 to 1991. The album 30 Years could have then been deemed a long lost gem from that era. However, by including those three grunge tinged tracks written in 2018 and sticking them half-way on the album, Lypswitch lose my interest every time I listen to 30 Years. This is unfortunately a strategic mistake from Lypswitch that has resulted in my inability to fully embrace what they have to offer.

Lypswitch‘s “Rattlesnake Skin” song (written and recorded back in 1989):