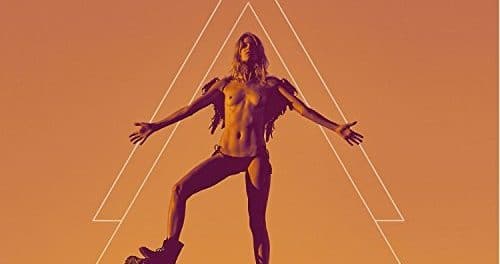 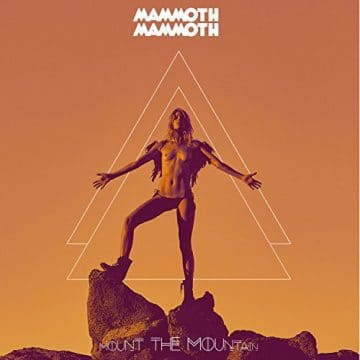 MOUNT THE MOUNTAIN
To be released on April 28, 2017 (Napalm Records)

Review:
Mammoth Mammoth, or just Mammoth…. have been active on the Australian music scene since at least 2007.  They have had five previous EP and full length albums issued in the past, but now they are signed to Napalm Records, the release of Mount The Mountain allows them worldwide notice.

I have come to love this band within a short period of time. They are very much like newcomers The Wild! or going back a few years, American Dog. Mammoth Mammoth describe themselves as “Good-time-murder-fuzz”… whatever that means. I would project it further to include dirt-core… meaning grass roots modern sleaze with aggression and intrigue. Unlike contemporary compatriots Airbourne for example, Mammoth offer a distinct style of in-your-face hard rock more in tune with party bar bands or biker rallies, such as ’80s-’90s style classic Kings Of The Sun or current band Roadkill.

Mammoth have produced a spectacular hard rock album, using raw production, aggressive instrumentation, and great songwriting. Opening track “Mount The Mountain” has a fantastic guitar line and a solid chorus. “Spellbound” blew me away with its grinding beat and well developed lines. The rhythm is similar to Monster Truck‘s brilliant 2016 offering “Don’t Tell Me How to Live” but with way more flourish. Check out the video below. “Hole In The Head” and “Procrastination” to a large extent, are American Dog. “Wild And Dead” is also pure sleaze, in the style of LA Guns, but with their own modern take on the model, especially with the chorus.  It takes me back to the happy days of the ’80s with their upfront sound and presence.

Other tracks, such as the punk based “Kickin’ My Dog,” the grungy sounding “Epitome,” or the blazing “Hard Way Down” are some of my favourite current listens. “Sleepwalker” has been added to my yearly MP3 mix. I like it a lot for its pure vocals and serious guitar work. A fun track all around. To be honest, I had to Google the Kylie Minogue song from 2001, “Can’t Get You Out of My Head”.  Not sure I see the relationship between that tune, and Mammoth Mammoth’s apparent cover.  Still a pretty good song, but no relationship to what it claims to cover. Of course, I’m comparing it to Children Of Bodom reflecting Britney Spears, or even Megadeth‘s version of “These Boots.” But then, I’m a slave to the info I’m provided by the band, so maybe there’s a miscommunication somewhere.

Mammoth Mammoth are offering a fantastic album with Mount The Mountain.  It is full of solid sleazy rock tracks and never lets up.  Something I would recommend to anyone who is a fan of straight forward biker rock or dirt-core. Check it out!