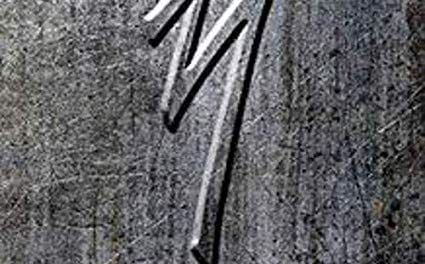 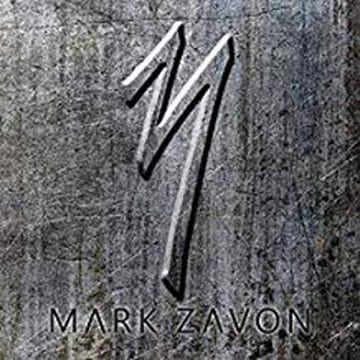 Review:
For me, 2019 is such a strange time in regards to mainstream music. A guy like me, who back in the late ’80s/early ’90s relied heavily on rock radio, MuchMusic’s Power Hour and magazines like Metal Edge and Circus to be informed on what was exciting and new. As I contemplate moving forward with this album review, something quickly occurs to me. I feel somewhat lost in 2019. This is a very honest account on my part. Admittedly, I feel like a fish out of water so to speak.

I will play out a recent scenario that occurred just this past week. As I walked in my front door the other evening, it quickly occurred to me that I may have become a dinosaur to pop culture and my general surroundings. You see, a few of my immediate family members are fans of “pop culture generated entertainment.” Please read into that term as you may because that is the God’s honest truth — “pop culture generated entertainment’ is the only term I can honestly use. Frankly, like so many things today, it bothers me to no end. How have people become so naïve to these entertainment corporations shoving horrible music down the throats of the music streaming public? Case in point — Drake? I scratch my head every time one of his talking, with no melody, compositions is heard, may it be on radio or as a walk up song at a Toronto Blue Jays game. Have we all become totally tone deaf?

So as you may be able to tell, for me, that walk through my front door, after a long day at work can be painful and like nails on a chalk board. I may have become old very fast, but I don’t see it that way. I see myself as a man of integrity who is loyal to the art of real music. I also see this as a situation of being able to decipher what is real and what is not. In my eyes, the new music that is played on the radio today is fake and like many things in 2019, truly, it makes me feel uncomfortable.

So, there is my family, streaming music (entertainment) online through a Bluetooth speaker. I say nothing or maybe I do, which as you can imagine does not go over well. I think the part that bothers me the most, is that my family members are generally very smart and intuitive to their surroundings. That’s what makes me scratch my head the most. How can they be so intelligent when it comes to everyday life, but when making a choice of the music they listen to, they fall short to what I term as “musically intelligent” or “unintelligent” for that matter? I do apologize in making such a statement towards my family, but I’ve debated this with them for years, so it’s not a surprising comment to any of them from me. It’s not just my family that this statement is geared towards either. It’s the thousands or maybe millions that download this music on a daily basis. I guess for me, the bottom line becomes, “We have come so far in technology, but when it comes to media and music, we have gone so far backwards”.

So as I get to the point of interest, I think you may see the relevance in all of this. Today, we are talking about the first solo album by Kill Devil Hill guitarist Mark Zavon. You see, I had no idea of this release. Frankly, that is a shame! Why do you think that is? Well, it goes back to what I said originally when speaking of 2019, it’s a true disappointment. I have not seen a whole lot of mainstream publications or music media sites giving this album a single bit of recognition. I mention this one because frankly this is our topic of conversation today, but there are so many more that fall within this conversation as well.

As we start this review, what I will tell you of this album is that it’s nothing short of real and fantastic. If it had not been for former Babylon A.D. guitarist Danny De La Rosa, this album may have slipped through the cracks in terms of a review on my part. That is one positive in terms of 2019. We, the people, can still use our voice to pass on information. That’s as long as no one’s feelings get hurt, right? “What do you mean I hurt your feelings?” Who remembers that line in Megadeth’s “Peace Sells” song? “It’s still we the people right?” As I ponder these outrageously viable quotes, it makes more sense to me than it did back in 1990 when I first heard the song. Little did I know at the time that Dave Mustaine’s snarly condescension would really have an effect on me years later and would make so much more sense well into my 40s.

Anyways, this isn’t geared towards anyone’s political views or reasons for the world not being right. This is about Mark Zavon’s self-titled solo release. What we have here is a musically aggressive, yet polished album full of distinctive, thought provoking compositions. For an artist who had never attempted lead vocals before, Zavon comes off as a pro. What can be said of his guitar playing? Well, that’s Zavon’s bread and butter. We know he can shred with the best of them. Certain tracks like “Back In The Day” and “Remember” have a nostalgic feel to them. Myself and many others who grew up in the ’70s, ’80s and early ’90s will be able to relate to this type of content. Now Zavon isn’t really referring to music, but other things those of us that grew up in that time can relate to. Who ever thought we’d pay for water? It’s those small things that we forget as time goes on that Zavon has touched upon. Brilliantly calculated my friend!

I can honestly say that Zavon’s album does not possess one mediocre track. Generally, I find that when label head David Ellefson puts out music, he really does it for the good of the music buying public. His label, EMP, really seems to be for the music loving people… right? Was that too easy? Well, I’m laughing my ass off on that pun. I’d say no pun intended, but we know that’s not the case.

Somehow, this album gives me a sense of angst towards society, but from a perspective that I see it in a positive light. I don’t think in anyway was it Zavon’s intention to make the listener feel uneasy. Or possibly in certain situations, it is an approach that captures the listener’s attention to sit back and remind themselves of how simplistic things actually used to be. You decide. Then if you take a track like “Message At The Tone” — as Zavon related it to me recently, this is about not wanting to talk to someone that is driving you crazy. “Enough is Enough! Leave a message at the tone because I’m done!” There is some angst in that, but it is a true emotion that we have all felt on some level at some point.

So, as I close out I ask this question! If an album of material can generate a certain type of feeling within, does that not say it all? Just as an example, when you first heard “Shout At The Devil” or “Iron Man”, how did that make you feel? For me, it was a feeling that I had never felt before. I think for the purest music listener, that’s what music does, it empowers us. When I was ranting earlier in this review, I was trying to convey the point that “pop culture generated entertainment” just doesn’t do that for people anymore. Possibly that’s where we’re failing in raising our children today. It’s not really us as parents though! It’s the corporations that shove the product down our throats making the naïve ones believe it is for the betterment of mankind. They’re numbing us to the fact that music is supposed to make you feel something.  Or possibly the feeling they’re trying to convey is making us into puppets with no chance of making the alternative choices for ourselves to begin with.

Now one of my family members did mention to me that the pop music of today makes them feel good, but I can’t even go near that one because I honestly don’t understand it. I can’t get past the drum machine, auto tuned vocal and fake bass line. Regardless, I also raise the point of making music so easily accessible. Somehow it’s taken out the fun of it. It’s a throw away society. It’s just not as it once was. Those that are smart enough, they realize this and choose to find music that is still a viable commodity within their lives. They shall be commended for we are definitely a dying breed. I am skeptical about our future in terms of rock music, but as long as artists like Mark Zavon are still making music, there are those of us that will still wave the flag for rock, but as time goes forward, I begin to worry. I do apologize to Zavon for making this more about the future of rock and my personal opinions, but there was something within his album that invoked this in me. It really brought out a certain edge to my way of thinking that I think needed to be said.

Mark Zavon – MESSAGE AT THE TONE..From the abum MARK ZAVON, IN STORES 11/2.