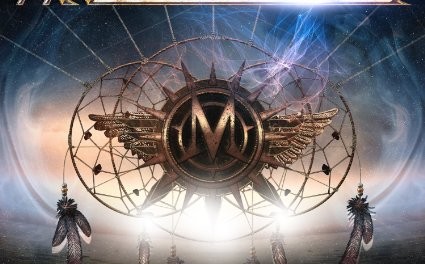 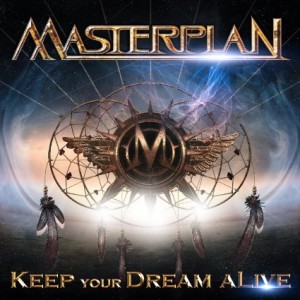 Review:
There are a few bands that I will automatically purchase whatever music they have to offer, no questions asked. Alright, there are more than just a “few bands.” Nevertheless, Masterplan is on this not so exclusive list along with groups such as Iron Maiden and Helloween who always deliver quality albums time after time.

Funny enough, the CD/DVD booklet for Masterplan‘s Keep Your Dream Alive asks why did it take 12 years to release a Masterplan live DVD? My thoughts exactly as power metal rockers Masterplan have been long overdue to release some sort of live album. After all, Masterplan founder and guitarist Roland Grapow was formerly with Helloween from 1989 to 2001 during which time the power metal band released the very good live album High Live. That live album by Helloween was released after two studio albums with new singer Andi Deris so I would have thought that Grapow would know the importance of that type of release with Masterplan‘s unfortunate rotating chair when it comes to their lead singers. As it would turn out, Grapow likely did contemplate releasing a Masterplan live album earlier on but as the CD/DVD booklet for Keep Your Dream Alive indicates, it helps to have a reliable group of band members to do so. And that has been Masterplan‘s curse in that the always important lead singer position unfortunately became an ever changing one with the group having a different lead vocalist on each of their last three studio albums.

While my favorite Masterplan singer is still Jorn Lande who handled the lead vocals on three of the first four Masterplan studio albums, current lead vocalist Rick Altzi is very close behind both in vocal sound and capacity as well as look. Altzi does a great job of handling all of the Masterplan back catalog of songs on Keep Your Dream Alive while the 14 song set (I am not counting the intro song) leans heavily towards the first self-titled Masterplan album with seven tracks emanating from that release. While Masterplan‘s absolutely stellar 2003 self-titled debut album is very well represented on Keep Your Dream Alive, I was a little surprised at how little love (two songs) was given to the band’s 2005 sophomore effort Aeronautics, which I have always held in high regard. Both of Masterplan‘s releases with other singers than Altzi — MK II (2007) and Time To Be King (2010) — are also represented with the video single from each album played live. The rest of the tracks stem from Masterplan‘s last studio album Novum Initium featuring Altzi as the lead singer.

Overall, the setlist is a very good one. One track that I was pleasantly surprised with was included in the setlist is the catchy “Heroes” from Masterplan‘s debut album since ex-Helloween singer Michael Kiske with the high pitched voice handled a good portion of the vocals on the studio version of the song. Who would be handling the Kiske vocal parts in a live setting? Turns out that Masterplan founder and guitarist Roland Grapow has an excellent voice as he more than adequately handled the Kiske vocal parts live. A little digging reveals that Grapow handled the lead vocals on his first solo album, The Four Seasons Of Life, which was released back in 1997. This is one of those releases where you get more than your money’s worth with the DVD portion not only including the live performance featured on the CD but portions of three other live performances, some footage of the latest Masterplan band line-up “getting along” and all of the group’s official song videos.