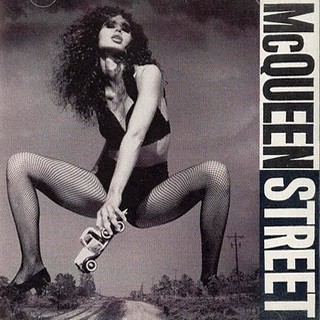 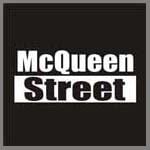 Review:
McQueen Street were yet another band that got lost in the shuffle alongside so many other bands in the early ’90s. It’s a damn shame too because their 1991 self-titled debut is an awesome CD full of in-your-face, straight-up rock ‘n’ roll in the same vein as Skid Row.

The McQueen Street line-up consisted of Derek Welsh (lead vocals and guitar), Michael Powers (guitars), Richard Hatcher (bass) and Chris Welsh (drums). Vince Neil and Billy Idol guitarist Steve Stevens was even a guest guitarist on this album, appearing on the song “Two Worlds”. Songs such as “Woman In Love”, “Money”, “When I’m In The Mood” and “Two Worlds” are real rockers, but I gotta say that my favorite one is probably “Woman In Love”. With all of these rockers the album consisted of quite a few ballads too, like “Time”, “In Heaven” and “Only The Wind.”

Even though McQueen Street were an ‘in-your-face’ styled band, they also knew how to make some really good ballads as well. A lot of bands seem to either play like Skid Row and deliver a powerful punch, or concentrate more on the slower songs. McQueen Street was able to do both, and were very good at both rocking out and turning down the tempo of the music a bit.

McQueen Street is one of those albums that you play in your car with the windows rolled down. This album deserved a hell of a lot more credit than what it got and is definitely worth checking out!