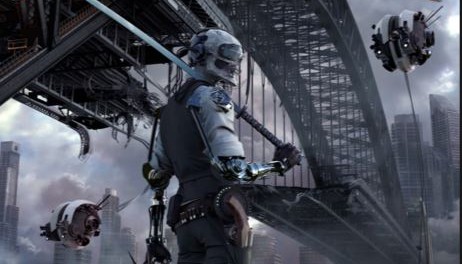 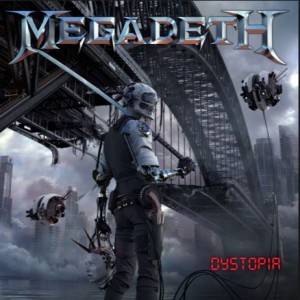 Review by Fat Peter:
You can’t really point out anything like a rock band’s average lasting expectancy. The majority of the signed bands tend to vanish from the radar after a few years in the spotlight. Only the very popular and/or very relentless seem to hold up for decades. One of such bands is Megadeth.  A “band” may be a very strong statement in this case, as everyone vaguely familiar with the act’s history is aware that it is all basically Dave Mustaine’s music vehicle. The situation here is very similar to Motörhead for instance. No more Lemmy, no more Motörhead, and the same goes for Megadeth; without Dave Mustaine, there is no group. Never was, and never will be.

The redheaded guitarist is a relentless musician. Every few years, he manages to release a brand new album chock full of new material. And he keeps on giving for around thirty years now. A lot of his peers cannot handle half that pace. The thing is that the “new” also rarely really is the correct word when describing his music. Megadeth seem to me a bit like the AC/DC of the metal community (not counting the frequency of the recorded albums in which AC/DC cannot keep up). Each of their albums is in the very same vein — it is more or less hard rock/heavy/thrash metal. Some albums are more rock, some more thrash, but more or less you cannot expect any real surprises from Megadave and his crew, regardless of whomever is a member at the moment.

Their brand new release Dystopia is really no different. It is a record full of really well-crafted thrash/heavy metal songs, with all the Megadeth trademarks such as changing tempos, blistering guitars and angst fuelled, conspiracy based lyrics. One of the things I see did not disappear in Mustaine‘s case is the bottomless amounts of rage and anger which are brewing in this dude. “Death From Within”, “Poisonous Shadows”, “Bullet to the Brain” are just a few examples. These songs are musically and lyrically very adequate to their titles, all on the new record really are. Actually I think I have not heard Mustaine so pissed ever since his Endgame album days of 2009.

Musically, the band is, as usual, a gathering of technically brilliant musicians, and Dave Mustaine, may not be the best vocalist, nor even a best guitarist (not everyone is a fan of his solos) in the world but as far as songwriting, he’s still up there with the best. The key in his case is uniqueness. And as with the aforementioned Motörhead’s Lemmy, this guy just cannot be replaced. Whether we are talking about his raspy/pissed vocal delivery, his highly repetitive, but one of a kind songwriting, and even these damns solos, who may not be the epitome of technical greatness, this dude is one hell of a character.

Besides, he does not need to be the perfect soloist, as he’s got his brand new acquisition in the person of Kiko Loureiro. I thought it was impossible to find a guitarist replacement who could stand up to Chris Broderick. This guy really stands up to this challenge, and as far as I heard from some of my friends, he even tops him at some points. I don’t know where does Dave Mustaine get such great players, but I guess Chris Adler also comes from that place (and also from Lamb Of God), as he seems a perfect match for the band. Dave Ellefson’s presence is also noted on this album, as he stands as a solid rhythmical backbone and blends with Adler very well.

All in all the record, as well as the new band delivers very well. Both critics and metal fans seem to, in majority agree on that, as the record rarely receives less than 80% ratings.  The album debuted at number three on the Billboard 200 chart making it the band’s second highest charting album after Countdown To Extinction, which peaked at number two in 1992.

Any negatives then? It may not be a record for you if you prefer Megadeth’s more rock, rather than thrash metal records. It still does not cross the line to any extreme death/grind carnage territories, but it is clearly much faster, and more aggressive than its predecessor Super Collider.

So if you liked Megadave’s more metallic recordings, you should definitely check this one out. If you liked the band’s more rock-oriented albums, such as Risk, Youthanasia or Super Collider, you may also give it a spin. All in all, this is still in a similar vein, but a bit faster and even more pissed than usual. I like this record. I suggest you listen to some samples online and then decide. It is really very consistent in its style, and if you like this particular style, you will like this album.

Review by Eduardo:
I’ve been a Megadeth fan for more than 20 years now. I began listening to metal in the early ’90s and a friend of mine bought Youthanasia which shortly led us to get Peace Sells and, my forever favorite Megadeth album, Countdown To Extinction. Despite seeing them live on several occasions in recent years and enjoying their playing, I didn’t know what to expect from Megadeth with Dystopia. Their past two releases have been sort of a mixed bag with Th1rt3en having some decent songs on it but also many fillers and Super Collider being an utter disappointment.

The second single released from the album — “The Threat Is Real” — was promising, and the third single “Dystopia” was even better. But I didn’t want to get too excited given the above-mentioned letdowns. Much to my surprise, after having the album for a week and several listens later, I’m happy to report that Dystopia is the best album Megadeth has released in years, and maybe even in decades. Dystopia is really well produced and mixed. The new line-up changes come as a blessing making Megadeth sound tighter and a lot more versatile than ever. Chris Adler from Lamb of God brings a renewed sense of enthusiasm to the drums and Kiko Loureiro from Angra provides fresh life to the songwriting and does outstanding work on a number of tracks on the album, while Dave Mustaine and David Ellefson remain the driving force behind the band.

There’s a considerable amount of variety on Dystopia and the end result is made better for it. The first three tracks, which were also the singles, kicks things off on the right foot. “The Threat Is Real” is quickly followed by title track “Dystopia” which remains a highlight of the album with its astonishing guitar solos. Ellefson stands out on “Fatal Illusion” which is a thrashy song that was released back in October of 2015 as the first single, but that almost sounds like it was taken from the Peace Sells album. From there on, diversity ensues. Songs like “Death From Within”, “Post American World” and the excellent “Poisonous Shadows” sound more like the ’90s Megadeth circa Countdown To Extinction and Youthanasia. And others such as “Look Who’s Talking” and “Last Dying Wish” are more in vein with the classic thrashy era of Rust In Peace.

As a Megadeth fan, I can’t complain about what’s happened here. The surprising inclusion of keyboards in “Poisonous Shadows” and the acoustic guitars in “Conquer Or Die” that are both courtesy of Loureiro are amazing. In fact, he’s probably the best thing to happen to the band and on this record, he compliments Mustaine perfectly. I certainly hope he stays for the next one. This is the best Megadeth album in years. To pick a favorite album from their recent years would be a hard choice between Endgame and Dystopia. One that would depend on preference, where Endgame was a more straightforward thrashy old-school Megadeth album, Dystopia is a much more diverse release that includes more complex arrangements in songs that reflect all of the band’s career to date.

Reviewed by Fat Peter and Eduardo for Sleaze Roxx, February 2016