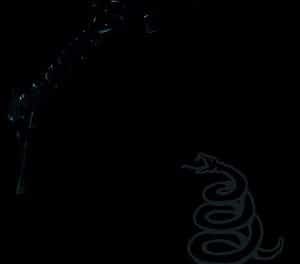 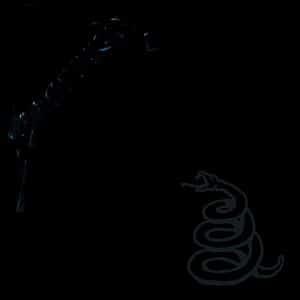 Review by Olivier:
I recently came across Metallica‘s self-titled album at a Walmart and the sticker on the CD package indicated something along the lines that this was the highest selling album (likely in the States) in the last 25 years! How incredibly impressive although this might not be completely accurate based on Wikipedia’s list of the highest selling albums of all-time. Nevertheless, ranking roughly #27 overall on the highest selling albums of all-time is a truly phenomenal accomplishment and no need to say that Metallica‘s Black Album is the only album by a group that was once solely considered a thrash band and still perhaps deserves that moniker up to this day. Whatever the case, selling over 30 million copies worldwide of an album is absolutely jaw dropping and especially when you consider that Metallica‘s The Black Album is for the most part a heavy non-commercial sounding record.

Today is the 25th year anniversary of the release of Metallica‘s ‘The Black Album.’ Although the album shattered any boundaries that thrash and heavy metal bands might have had, many people do not consider the record to be the best Metallica album, let alone even one of the three best that the group has put out. You can put me in that latter category as I consider the top three Metallica albums in no particular order of preference to be Kill ‘Em All (1983), Ride The Lightning (1984) and Master Of Puppets (1986). …And Justice For All (1988) would also likely get the nod for me over The Black Album. So where does that leave The Black Album? Well, let me tell you, it’s still a very good album albeit not one of my go to Metallica albums. In fact, I purchased the album again for the purpose of doing this review because I thought that my brother-in-law (who is not a heavy metal fan by any means) still had my copy that he borrowed from me many years ago. As it turns out, I had already replaced my Metallica album so this is my third purchased copy of the album. You are welcome Metallica. I include this last tidbit because it was astonishing for me to have my brother-in-law ask to borrow The Black Album because aside from a few tracks, there really isn’t anything commercially accessible for the average music listener.

Metallica delivered a heavy album with their The Black Album. Lead off single “Enter Sandman” is quite a heavy tune despite definitely being more commercial sounding than what Metallica had previously come up with. The ballads “Nothing Else Matters” and “The Unforgiven” are just that — ballads all the way through. I have always felt that those two ballads lacked a bit of punch compared to Metallica‘s other “ballads” if you can call them that — “Fade To Black” off Ride The Lightning and “One” from …And Justice For All. Apart from those three songs, Metallica delivered a heavy album which really does not have any commercial inclinations. Sure, The Black Album was definitely not as heavy as Metallica‘s previous studio efforts but the heavy metal giants were already mellowing a little bit with each subsequent release. Accordingly, it is not surprising that the songs on The Black Album are a little more mainstream as far as heavy metal music goes and cannot be labeled “thrash.”  However, if you listen to tracks such as “Holier Than Thou” and “The Struggle Within”, there is no denying that Metallica kept to their roots somewhat on The Black Album delivering heavy bang your head songs with killer guitar solos.

Most of the remaining songs on The Black Album are slower paced than the usual Metallica fare but still heavy in their own way. It’s almost as if producer Bob Rock had a formula in mind for most of the songs on The Black Album keeping them heavy while slower and shorter. My favorite tracks on The Black Album aside from the obligatory and exceptional “Enter Sandman” are the still a concert staple “Sad But True,” the powerful “Of Wolf And Man” and the one single that failed commercially “Don’t Tread On Me.” Two things come to mind when listening to The Black Album. Singer James Hetfield‘s vocals sound very good and really carry the songs. In addition, the guitar solos from Kirk Hammett are amazing, which makes the decision not to include any guitar solos on 2003’s St. Anger that much more puzzling.

Overall, The Black Album is a landmark album which is always enjoyable to listen to. That being said, I wouldn’t want to hear Metallica play the whole album in its entirety in a live setting as I would much rather like the heavy metal giants to perform one of their first three albums in their entirety. Is The Black Album the start of Metallica losing their way? Yes but you can’t expect a group that changes its sound and style quite a bit from album to album to not come up with a few duds (i.e. St. Anger) here and there. That being said, The Black Album is definitely not a dud and what I would categorize simply as a “solid” but not spectacular album from Metallica.

Review by Metal Mike:
Technically, this is a self-titled album called Metallica, but everyone just refers to it as The Black Album.  It’s actually not entirely black, with the name Metallica in the upper left, and in the lower right, a rattlesnake taken from the Gadsden Flag in the USA, featuring the words “Don’t Tread On Me”.

Released on August 12, 1991, I shall quote the mostly reliable Wikipedia for the album’s history.  “The album debuted at number one in ten countries and spent four consecutive weeks at the top spot of the Billboard 200, making it Metallica‘s first album to top album charts. By February 2016, the album spent 363 weeks on the Billboard album chart, making it one of the ten longest running discs of all time. Metallica is one of the best-selling albums worldwide, and the best-selling album in the United States since Nielsen SoundScan tracking began. The album was certified 16× platinum by the Recording Industry Association of America (RIAA) in 2012, and has sold over sixteen million copies in the United States, the first album in the SoundScan era to do so.”

In other words, The Black Album was a freaking huge success worldwide.

Now, I know that within the Sleaze Roxx world headquarters, my opinion on Metallica’s The Black Album isn’t popular. Others are huge fans, and that’s OK, I guess. Maybe you will agree with me, or not. And that’s OK too.

My problem is not with the album’s decent rockers “Sad but True,” “Wherever I May Roam,” “Don’t Tread On Me” or “The Struggle Within.”  I like those songs and think they have much to offer. What I take offense to is Metallica’s sudden and blatant attempt to be mainstream. I’ve heard the argument that all talented bands need to explore new sounds, but I don’t buy that in this case.

Metallica tasted success with “One” and the album ..And Justice For All, and good for them. The band did explore a darker and more conceptual side. What I am suggesting is The Black Album may have its upsides, but it’s not really a Metallica album.  I compare it to Pink Floyd‘s Momentary Lapse Of Reason, or The Division Bell.  Those were OK albums on their own, but they lack the depth of previous offerings, like The Wall or Animals. The newer records don’t stand up to anything that has come before, if ya know what I mean.

I’m not sure if it was the band members themselves, or the record company that subsequently pushed Metallica over the edge. “Enter Sandman” may be a killer song, but wow, didn’t it ever explode commercially. I agree that commercial success doesn’t immediately equate to selling out, but on the other hand, when you start out to build an album to be a commercial success, that, in my mind, defines a sell-out.

Not that I can find it now, I have it on VHS cassette buried in a basement somewhere. Canada’s MuchMusic interviewed Kirk Hammett after the release of ….And Justice For All. In that interview, I swear Hammett said that sooner or later, no matter how it starts, every Metallica song gets “ugly.” At the time, he was speaking in reference to “One.” Your Honour, I draw your attention to “The Unforgiven.” Witness for the Crown “Nothing Else Matters.” Those songs get about as ugly as a teenage girl hearing a high school slow-dance. Sure, it made for great radio play, but since when was Metallica about that?

In fact, Metallica’s first official music video didn’t come out until 1988 with “One.” Cliff ‘Em All doesn’t count! The band never pandered to the masses, and that gave them street cred. That is, until the record companies and Bob Rock got involved. Rock, of course, was responsible for producing Metallica throughout the 1990s, featuring such stellar releases as Load, Reload, and St. Anger. Oh joy. The Black Album re-launched Metallica‘s career, and gave the public what it wanted during the ’90s — for better or worse… namely mainstream, radio worthy Metallica.

Yes I’m bitter. Prior to The Black Album, Metallica’s back catalog was friggin spectacular… Master Of Puppets, Kill ‘Em All, Ride the Lightning… Even …And Justice For All stayed true to what the fans wanted to hear from Metallica — something that would eventually get ugly.

The Black Album was nothing more than an attempt to enter the mainstream, while still throwing a bone to fans of the band’s thrash metal past. For James Hetfield, Kirk Hammett, Lars Ulrich, and the bass player guy, it was all downhill from here (Lulu anyone?)….that is until 2008’s Death Magnetic jettisoned producer Bob Rock for Rick Rubin, and signaled a return to “thrashier” form.

All this to say, The Black Album sure has its fans, but I’m not one of them. I’m not trying to take anything away from a band that toiled for years on the fringes… so kudos to them for hitting the mainstream and making shit tons of money in the meantime.  But, Metallica have had better days before and since, and I’ll be fine sticking with that. Metal Militia!

Reviewed by Olivier and Metal Mike for Sleaze Roxx, August 2016

“The Unforgiven” by Metallica from the album Metallica © 1991Lyrics: New blood joins this Earth and quickly he’s subduedThrough constant pained disgrace, the…

Metallica‘s “Nothing Else Matters” video:

Metallica’s official music video for “Sad But True,” from the album “Metallica.” Subscribe for more videos: https://tallica.lnk.to/subscribeDirected by Wayne…