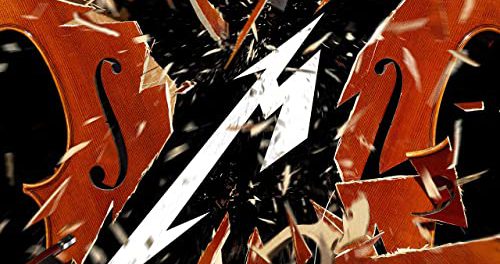 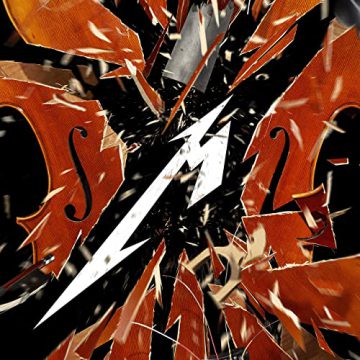 Review:
Although I do most of my music shopping online these days, I still like to browse in a record shop from time to time. Those opportunities are fewer and further between these days with the massive amount of record store closures in recent years. In addition, with the Covid pandemic still raging and forcing many retail stores to shut down or operate in restricted fashion, there have been times where there is simply no record shops to visit in the last ten months or so. Accordingly, I have found myself going to my local Wal-Mart and strolling through its “Entertainment” department’s very limited CD section. Of course, there is hardly anything to see there given that Wal-Mart usually carries only a handful of releases that might interest me these days. The obvious newer ones are AC/DC‘s Power Up, Ozzy Osbourne‘s Ordinary Man and Metallica‘s S&M2. The first one was an obvious purchase as soon as I saw it on Wal-Mart‘s racks. So far, I have been able to resist purchasing Ozzy‘s latest studio effort given that I have been less than impressed with his Post Malone collaborations. However, I eventually succumbed and purchased the third one — Metallica‘s S&M2 — on the hope that it would come close to the band’s original S&M record, which was released more than 20 years ago.

Out of all the musical genres, I have always found that heavy metal music is the closest to classical music so it makes sense that Metallica would team up with the San Francisco Symphony to put on a concert and in some ways prove the naysayers wrong. It was cool the first time that Metallica and the San Francisco Symphony teamed up for S&M in 1999. I really enjoyed that record and it’s on the strength of that album that I eventually picked up S&M2. Unfortunately, and very similar to Tesla‘s follow up to Five Man Acoustical Jam with Five Man London Jam, it is sometimes better to just leave an iconic album stand on its own. I find that this is the case as well for Metallica‘s S&M. While I understand why Metallica wanted to experience their S&M performance one more time, the end result just isn’t as good as the first one.

Part of it is the song selection. S&M has way more actual Metallica songs on it than S&M2. Unfortunately, Metallica thought that it would be a good idea to have the San Francisco Symphony pick out some songs on their own and have the band join them for those. So instead of the San Francisco Symphony joining Metallica on the latter’s songs, it’s the opposite that takes place for part of S&M2. Perhaps the reason why this has happened on S&M2 is that it looks like more of a partnership this time around. For example, S&M was released under the name Metallica while S&M2 has both the band and the San Francisco Symphony on the marquee so to speak. Whatever the case, the song selection for S&M2 is disappointing. If I wanted to actually listen to classical music, there are plenty of classics to listen to. When I purchase a Metallica album, it’s to hear Metallica songs (or covers I suppose with The $5.98 E.P. – Garage Days Re-Revisited and Garage Inc.). Although I like some classical music, it’s not my music of choice and certainly not what I was expecting for part of S&M2. Of course, I knew that there would be some classical arrangements but I expected it to be for the Metallica material. I suppose that I should have checked the track list a little more carefully before purchasing S&M2!

Putting aside the classical pieces, I strongly prefer the track list for S&M over S&M2 because I actually like all of the Metallica albums — even Load and Reload — leading up to S&M. I just can’t say the same for two of the next three Metallica studio albums that were released after S&M. I should qualify that by saying that I really like 2008’s Death Magnetic but 2003’s St. Anger is a terrible record and I have never gotten into Hardwired…To Self-Destruct (even if the Sleaze Roxx readers voted it the number one album for 2016). Sure, there are only three tracks played from Hardwired…To Self-Destruct and one from St. Anger on S&M2 but when you add those tracks to the four classical pieces, that’s a good chunk of songs on S&M2 that I don’t really want to hear. I also find that just like S&M, some of the Metallica songs work better than others with the additional classical arrangements. At times, some of the songs sound too “busy” with the additional instruments. The Metallica songs that I found worked the best are the first three (“The Call of Ktulu”, “For Whom The Bell Tolls” and “The Day That Never Comes”) along with “Master of Puppets.”

Overall, I find S&M2 to be a disappointing album. I was expecting more. I suppose that if I had taken a closer look at the track list, I likely wouldn’t have purchased it in the first place but it just seemed to scream “Purchase me, purchase me!” to me whenever I would “browse” the very limited CD section of my local Wal-Mart store. At the end of the day, I am still grateful that iconic bands like Metallica are putting out new CDs (even live or compilation records) rather than resting on their laurels like other bands seemingly do. I also appreciate that the lead up to S&M2 took a lot of preparation so kudos go out to Metallica and the San Francisco Symphony for putting in the time and effort in that regard.

Metallica & San Francisco Symphony‘s “All Within My Hands” (Live) video: