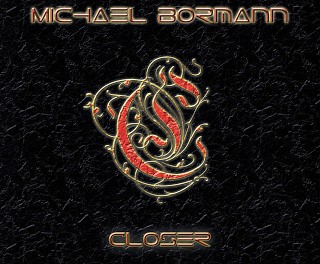 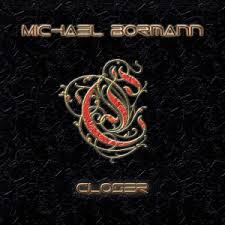 Review:
A lot of different styles are included in the new Michael Bormann record Closer, that’s usually a symptom of either a masterpiece of a complete flop. I’ll start by saying that I’m a fan of Mr. Bormann. I have pursued his work through the different projects in which he participates, although they are many and he seems to be a jack of all trades not unlike Jorn Lande. I’ve enjoyed much of his past work, especially in recent years on Silent Force, Assignment and Powerworld but the difference is that this record is Bormann through and through since he’s responsible for all music, production, mastering and most of the instruments.

Things start off on the right foot with “I’m Not Your Entertainment”, a hard rock tune with a great chorus where both Bormann’s voice and guitar playing shine. Then we move on to “Let’s Make History” which serves as single for this record. For some reason, this track took me back to 1992 as it strongly reminded me of a song I love: “Blame It On The Love Of Rock & Roll” by Bon Jovi from their Keep The Faith record. This was a pleasant surprise, I even listened to that whole record which I hadn’t done in a long time.

“Never Say Die” changes the pace a bit with a more modern less-heavy sound, small bits sound like Queen’s “We Will Rock You”, but the chorus turns out quite engaging. “Can’t Get A Touch Too Much” turns the record upside down changing everything. It starts like a rodeo tune and then turns into a not very appreciated attempt at Bormann trying to impersonate Mike Patton. Then comes “Because We’re The World” which is a little similar to the similarly named and famous “We Are The World” by Michael Jackson — children chorus and all — but it does evoke nostalgia and fits on the record. Things get back on track with the rock and roller “Living It Up”, swinging between power ballad and hard rock anthem.

More of the good stuff comes our way with the heavier “I Wanna Be A Rockstar”, a full-on hard rock song. “For This One Time In Life” sounds like a classic power ballad from the late 80s, early 90s, which in my book is very welcome. Next is “Closer”, a 100% love ballad. It is strange that it was chosen as the title to the record but even though it might be too sentimental and mellow for some, I like it and it gives a chance to display Bormann’s vocal range. It’s back to business with “Rich Men’s World”, which boasts a great chorus. I found myself singing it after a couple of listens. “Down To The Bottle” starts off amazingly and then for some reason, Bormann channels Patton again. It doesn’t completely ruin the song, but it does sound awkward and out of place. Still, it works better than in “Can’t Get A Touch Too Much”. An enjoyable ballad, “Warrior”, finishes the record in a timely manner showing again Bormann’s powerful voice.

Closer is a very interesting and diverse experience from Bormann. It is neither a masterpiece but by no means either a flop. I can understand him wanting to try his hand at many different styles in his solo records considering that if you want to hear him singing straight metal or hard rock, you can go to other of the many projects where he has sang. Anyone who’s remotely interested should give this record a chance. It does require a few spins to completely sink in so bear that in mind.