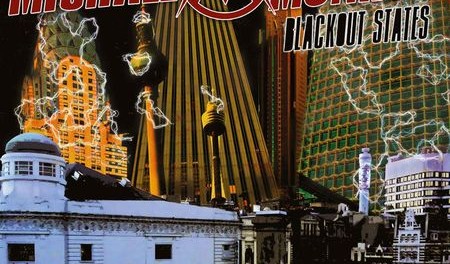 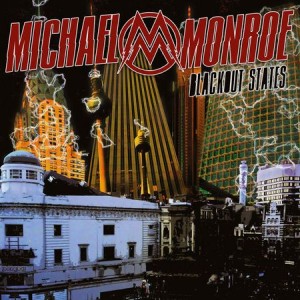 Review by Will “Bones” Lee:
I have a huge admiration for Michael Monroe, for so many different reasons — for his perseverance in life and in music, for keeping the rock/glam flag flying and for continuing to release good ol’ rock n’ roll music after all these years that still puts a smile on your face.

Obviously, I’ve been a fan of Monroe and following him since the Hanoi Rocks days and I still love and listen to Two Steps From The Move. I also followed the various splinter groups that the members went on to and/or formed after the unfortunate demise of Hanoi Rocks. Each of these offshoot groups offered something unique and different in musical heart and Michael Monroe as a solo artist is no different. Despite a brief return to Hanoi Rocks and doing a couple of albums that were well received for the most part, alas this incarnation decided to end the group on a high note, with members stating that they had taken the band as far as they could, and so they decided to end the band. So with a number of solo releases prior to this, we come to this, Monroe‘s latest 2015 release of new material. If you are a fan of Monroe‘s previous outings and just about anything he has done, you will not be disappointed.

The album kicks off with a real scorcher and sets the stage, for the rest of the album, “This Ain’t No Love Song” is a great song with great lyrics (there’s that smile I was talking about earlier). The album for the most part is what you come to expect with no real game changers or nothing experimental. The songs are the basic rockers, with mild touches of Hanoi Rocks and Demolition 23. All aspects of his past are brought to the here and now, in living glamorous sound and color. You got the mid paced tunes and plenty of more in your face style songs, like “R.L.F.” and “Blackout States.” Lyrics are for the most part autobiographical it seems — just listen to “Permanent Youth” and you know this is about Monroe (ha ha, well I would like to think it is). Production is bright and clear, with a sort of live feel in some aspects of the songs. With Monroe being surrounded by some capable and noteworthy musicians, Blackout States stays true to the sound you have come to know and love from Monroe and his bandmates who really bring the songs to life. Even Monroe‘s vocals show no signs of weakening. While listening to this, I was reminded of Sam Yaffa‘s style with his steady bass groove and wondrous style of playing and it just makes you appreciate him as a player and the bond and musical connection he must share with Monroe. One slight bummer and this is the artist in me talking, the cover artwork for this release is sort of different and kind of boring. I guess I was intrigued and just loved the “in your face” look of the Sensory Overdrive album cover.

With Blackout States, Michael Monroe continues to impress and makes you glad he has not decided to hang up the sequined coat and put away the high heeled boots. In addition, you come to realize the influence and legacy that he (and Hanoi Rocks) has had on the glam scene and maybe even the Hollywood glam scene as a whole. Do yourself a favor and pick up some rock n’ roll greatness.

Review by Metal Headz Media:
After hearing the new Michael Monroe album Blackout States, I immediately started thinking about Hanoi Rocks back in their heyday. Monroe has that distinct voice and sound that cannot be mistaken. This album is jamming and it has the sound that will have everyone get up and jump around! I can see this album being Monroe’s most celebrated album to date. It is a feel good rock n’ roll/punk album you don’t want to miss!

With songs like “R.L.F.,” you can’t help but start to sing and scream the words, “Rock Like Fuck, Rock Like Fuck, Fuck Shit Up, and Rock Like Fuck.” I love “Six Feet In The Ground.” This is a great song with a catchy chorus and feel good riffs. Now, I was expecting there to be a portion of the album to slow down and then I would have lost interest but every track just keeps you going! The first track “This Ain’t No Love Song” grabs you right away and sucks you into Michael Monroe’s world. This is a place you do not want to come back from.

Now over the years, Monroe has played with an ever changing lineup of musicians. But I think he got it right this time! I can see this line up sticking. After listening to Blackout States, they obviously sound great together. Monroe has recruited Sami Yaffa to help with the rhythm section on bass and Karl Rockfist to complete the rhythm section on drums. Rich Jones plays the lead guitar while Steve Conte helps complete the guitars on this album. Yaffa had played bass in Hanoi Rocks, Demolition 23, and Mad Juana with Monroe so there is some history there. This always makes for good times to be had all over again! Michael Monroe has many ties to other bands like Guns N’ Roses. In 1991, Monroe played harmonica and saxophone on the Guns N’ Roses track “Bad Obsession,” from the album Use Your Illusion 1. He has also performed live with Slash. Monroe also has a lot of connections with Motley Crue. In other words, he has a long rock resume. This album definitely proves Monroe knows rock n’ roll and he is here to stay.

I recommend that you get your hands on a copy of Blackout States right away. Especially if you are looking to have that “go to” CD to brighten up and rock your day! Put this CD in and leave it on repeat. Trust me you will not be disappointed. I know I wasn’t!

Reviewed by Will “Bones” Lee and Metal Headz Media for Sleaze Roxx, October 2015