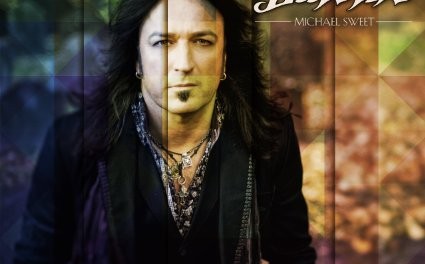 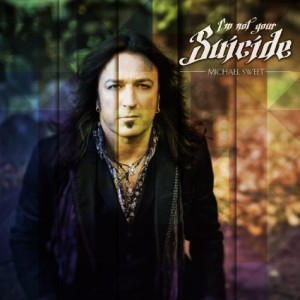 MICHAEL SWEET
I’M NOT YOUR SUICIDE
Released May 6, 2014 (Big3 Records)

Review:
I’m always wary of solo albums from individual band members, especially when the artist’s regular group is still active. I always wonder why the artist is releasing a solo album? Is it because they want to explore a new genre that does not fit his/her band’s musical direction? Is it because the artist wants to release songs that did not make it onto their band’s records? These are the questions that came to my mind as I purchased Michael Sweet‘s latest solo album I’m Not Your Suicide on the strength of the first single of the same name. The frontman’s main band, Stryper, is still very active at this time, and having only become a big fan of theirs in the last year or so, I was not familiar with any of Sweet‘s previous solo releases so did not know what to expect with I’m Not Your Suicide.

Truth be told, although I liked the single “I’m Not Your Suicide”, I was not enamored with it by any means so it took me about a month to eventually purchase Sweet‘s solo album. I suspected that I’m Not Your Suicide wouldn’t be anywhere near as heavy as Stryper‘s latest offering No More Hell To Pay — and I was right! Instead it is a collection of mostly “lighter” songs that stray into adult contemporary mode at times, as shown on songs such as “Coming Home”.

If you are looking for the follow-up to Stryper‘s critically acclaimed No More Hell To Pay, you will be disappointed with I’m Not Your Suicide. But if you’re looking for Michael Sweet‘s amazing vocal deliveries (as usual) and some good, albeit slower, songs, you will be pleased with the album. Sweet‘s vocals sound simply fantastic here, and he has to be one of the all-time best singers, particularly given that he sounds better than ever even though he is now 50 years old. God has certainly blessed Michael Sweet over and over when it comes to his voice! Without naming names, everyone knows tons of hard rock and heavy metal vocalists whose voices are just a shadow of what they once were 25 to 30 years ago — Sweet isn’t one of them.

Perhaps the only songs that could have made it onto a Stryper record would be the opening track “Taking On The World Tonight”, which features TNT‘s Tony Harnell on vocals, and the closing track “Unsuspecting”. Sandwiched between those tracks, I’m Not Your Suicide takes you on a journey of enjoyable but slower paced material. Sweet‘s guitar playing has always been overshadowed somewhat by his Stryper bandmate Oz Fox, but on I’m Not Your Suicide, I realize that the frontman is an amazing guitar player in his own right who delivers solos with lots of melody. My favorite tracks on the album are admittedly the heavier ones, namely “Taking On The World Tonight”, “Unsuspecting”, “All That’s Left (For Me To Prove)”, with its catchy chorus, and “Anybody Else”, which features Fozzy frontman and WWE wrestler Chris Jericho and now ex-Whitesnake guitarist Doug Aldrich.

The musicianship throughout I’m Not Your Suicide is top notch and this is one of those releases that keeps getting better every time I listen to it. The album is definitely on the lighter side of rock that I would normally listen to, but since Sweet‘s vocals sound so good on it, I find myself longing to hear the album over and over.