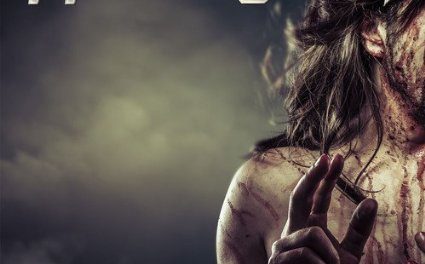 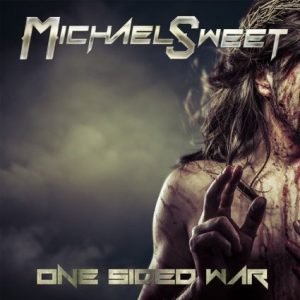 MICHAEL SWEET
ONE SIDED WAR
To be released on August 26, 2016 (Rat Pak Records)

Review:
Michael Sweet has been a busy man in the last five years. He has released three studio albums (Second Coming in 2013, No More Hell To Pay in 2013 and Fallen in 2015) and one live album (Live At The Whisky in 2014) with Stryper; one album entitled Only To Rise via Sweet & Lynch, the side project he did with George Lynch; and two solo albums (I’m Not Your Suicide in 2014 and now One Sided War which is to be released on Aug. 26, 2016). Sweet has also announced that he’ll be doing another Sweet & Lynch album in 2017, and I can’t wait for that as Only To Rise was a fantastic album.

Sweet has surrounded himself with some very talented musicians for One Sided War. He asked guitarist Joel Hoekstra (Whitesnake, Night Ranger), drummer Will Hunt (Evanescence), guitar shred master Ethan Brosh (Burning Heat, solo work), and bassist John O’Boyle (Tom Ingram Band) to help him with his new solo album. What they have crafted is an all killer, no filler album of hard rock, glam rock, and some huge classic metal riffs to satisfy your taste buds if this is what you are hungry for. Here is what Sweet had to say about this album: “Musically it’s my heaviest solo album. It’s not thrash metal but there are definitely some songs on there that will pop out at you. There are some songs that have a bit of the Iron Maiden / Dio feel to them, as well as some songs that have a little bit of a Van Halen influence to them. It’s a very guitar-oriented, hard rock/metal album with lots of melodies and hooks.”

We all know that Sweet is a very talented guitar player, but with having Hoekstra and Brosh on this record, he could just sit back and focus on his vocals as those two are phenomenal guitar players and this album showcases that. If you had already heard and watched the video for the first single and lead off track “Bizarre,” then you know what to expect from this album. It is hard hitting, riff heavy, packed full of furious guitar solos, and a well-mixed album. “Bizarre” is a high-speed track that will make you buckle up because you will be on a ride of your life. For anyone wondering if Sweet still has his powerful voice, this will answer your question with a “HECK YEAH!” He does. His voice is stronger than ever and he can still hit those high notes from the past.

The title track “One Sided War” kicks off with a drum roll from Hunt and then is filled with thick heavy riffs, loud guitars, thumping bass lines, and again strong vocals. “Can’t Take This Life” is featured twice on this album as it is the third track and a bonus track on this album. The bonus version features the talents of 16 year old Mariah Formica, who is an up-and-coming vocalist. It is a catchy song that will having you singing along after one listen.

The next single on the album will be “Radio” and it is a song about how rock musicians move to Nashville, Tennessee to try their shot at a country music career (I think we all know a few who have tried). In the EPK, Sweet talks about how this is a tongue-and-cheek song and how they wanted the music video to show that. I have tried to find it online, but was not able to find it yet, but I can’t wait to see it. It does start off with a little country swagger, but then it kicks in to a full-on rock song, so no need to worry that Sweet went country on a song.

“Golden Age” sounds like a train is rolling through your town with the fast paced drums and chugging guitars. It also has some amazing guitar licks and solos from Brosh and Hoekstra. The lyrics are inspired by how powerful God is and what he is capable of. “Only You” finds Sweet singing about how God will love you and forgive you no matter had bad you stumble. This song is close to my heart as I have been dealing with my own personal struggles and demons, and this song has helped lift my spirits in a more positive way. It has shown me that there is light at the end of this dark tunnel I am traveling through. So, I want to take this time to thank Michael Sweet for writing this song.

“I Am” is a riff heavy song with a slower pace to it. Sweet has a little bit of a deeper and raspy vocals and I really dig how he sounds. Things pick up quickly during the guitar solo, as it is a fire blazing solo. “Who Am I” slows things down a bit as this is the only ballad on this album. It is a beautifully written song that shows the softer side of Sweet that we all know he is capable of. “You Make Me Wanna” kicks things back to full-speed with another catchy and head banging tune. “Comfort Zone” is an uplifting song that explains if you are with God, you are in your “Comfort Zone.” No matter where you go or what you do, Sweet wants you to know that you will always have a “Comfort Zone” waiting for you. “One Way Up” is a groovy tune that might have you dancing in your room.

After a few listens to this album, I was surprised at how fast of a listen this album is. Once it is over, you will ask yourself, “Is it already over? Because I want to hear more!” That’s how good this album is. If you are a fan of the heavy side of Stryper, then you have to pick this album up. It will not disappoint you and you will want to tell all your friends about how good it really is. I am also amazed at how well all the musicians are on this album. I was blown away at their talents and I will be sure to check out all their other work so I can hear more of what they have done. I just hope you all enjoy this album as much as I do.