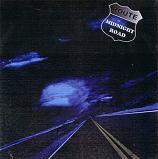 Review:
Well I’ll be, here comes yet another group of twenty something’s wanting to stake their claim in the rough and tumble world of rock ‘n’ roll. I am so excited that a new generation of youngsters is not only appreciating hard rock music, but having the desire to keep it alive. This quintet hailing from Bilbao, Spain are not only doing it, but doing it well. Even the most hardened musical critics will have to agree that Midnight Road are laying down some monster tracks for a great start to, what I am hoping, will at least bring a full length album in the near future. Maybe some touring in the States…

The first few spins of their independently released, self titled five song EP made me think of super groups like The Who, Aerosmith, Guns N’ Roses, Y&T, AC/DC, Saxon and more recently, at least on the lead off track “God Save”, bands like the Supagroup, The Lemons and The Supersuckers. The next four songs, “I Need You”, “She Was”, “Take Me” and “Survivor” are good classic rock/hard rock influenced songs! Full of enough swagger to put Mick Jagger to shame and a look that made me want to squeeze into a pair of 501’s, dust off my denim vest and throw it over top of my fringed leather jacket (don’t laugh, you all know you wore ’em too).

The songs are catchy and well written and the musicianship is top shelf. Guitar player Sergio Puertas‘ lead work reminds me of a certain top hat wearing rock star. Willy‘s vocals are a nice fit to the rough-edged hard rock music the rhythm section of Sergio Sanz (drums), Inigo (rhythm guitar) and Igor (bassist, who has since left the band) lay down.

Let me just thank the gentlemen in Midnight Road for breathing a breath of fresh air in a musical era where “music”, for lack of a better word, has turned down a road that I am not willing to travel.