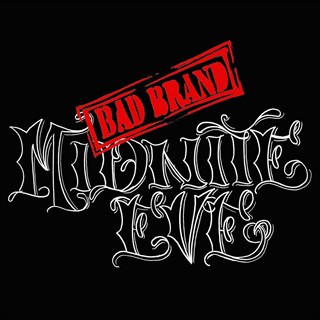 Review:
You often hear people complain that the new wave of hard rock doesn’t have the same feel and authenticity as bands of yore — and while that argument is debatable, you can’t deny that Midnite Eve sounds like they were conceived under a cloud of hairspray during the ’80s Sunset Strip invasion. This is the type of music that attracted hair-metal fans by droves back in the day for a good time, good show, good drinks and (hopefully) a good fuck.

I have no doubt that if this Swedish foursome hit the scene in 1987 that record company executives would have been trampling each other to death in an effort to sign the next hot band, and proceed to plaster them all over radio and TV. Oh how times have changed though, instead of being household names the guys in Midnite Eve are unsigned and can barely get a sniff of publicity.

You might be thinking I’m going a touch overboard here, but believe me when I say this five-song EP is mighty impressive. To say Midnite Eve have the pop-metal sensibilities of Poison, the massive harmonies of Danger Danger, and the no-frills southern-blues of Child’s Play really doesn’t do the band justice — but it gives you an idea of what is going on here. From the groovy boot-stompin’ opener “Fallin'”, to the anthemic “Crazy”, through the blazing guitar-driven title track, and finally the more melodic “Walk Of Shame”, Midnite Eve hit all the right notes. Closing with the acoustic ballad “We Don’t Need No Hero” is a given for these types of bands, but I prefer the high-octane rockers much more.

You can call Bad Brand sleaze, hair-metal, or straight-ahead rock ‘n’ roll… when the music is this good it really doesn’t matter. Some people may say they’ve heard this all before, but I say ‘so what?’ Personally I’d take killer regurgitated rock over crappy originality any day of the week. And for those that wish newer bands captured a more authentic hair-metal sound look no further than Midnite Eve — because if you close your eyes while listening to this EP and aren’t transported back in time you’d be lying!