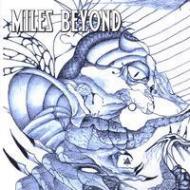 Production:
Produced by Miles Beyond.

Review:
Right off the bat I have to say this – vocalist Tim Moody sounds exactly like Bruce Dickinson, so the Iron Maiden comparisons are unavoidable. The group has obviously been influenced by bands such as Maiden, Judas Priest and maybe even a touch of Black Sabbath. Personally I haven’t listened to much traditional metal since my high-school days, but this brought back some great memories. Maybe if Maiden had of released this instead of the crappy No Prayer For The Dying I wouldn’t have lost interest in the genre so many moons ago.

Miles Beyond has traditional Euro-metal down to science, right down to the seven plus minutes of the epic “Vlad The Impaler”. “Out Of Control” blasts through the speakers with its straight-up delivery and sounds like it should have been on Dickinson‘s excellent Accident Of Birth album. Double bass drums open up “Take Me Back Home” which is possibly the best song on the disc, melodic in its delivery. “Rock Revolution” is Miles Beyond‘s anthem and it works well. “Stowaway” and “A Call To Odin” are cool tunes that have crystal clear guitar riffs and galloping bass lines.

The album disappoints half way through, but thankfully the band gets back on track for the final few cuts. Fans of Bruce Dickinson‘s solo career should love these guys as they deliver a very satisfying album. Miles Beyond may wear their influences on their sleeve, but at least there are enough aces up that same sleeve to make this CD a worthwhile listen. And for the record, please don’t ask what the picture on the album cover is supposed to represent, because I have no idea myself. The band can be found at www.milesbeyond.net.