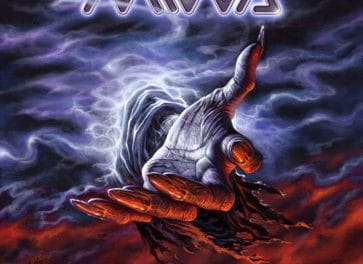 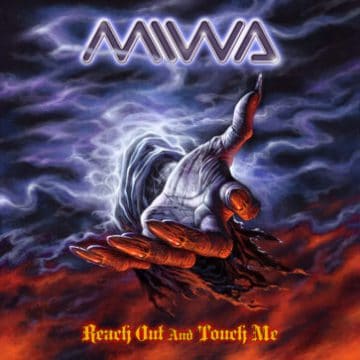 Review:
Star power! Any line-up that includes bassist Billy Sheehan (Talas, David Lee Roth, Mr. Big, The Winery Dogs, Sons Of Apollo), drummer Chris Slade (AC/DC, Uriah Heep, The Firm) and guitarist Mitch Perry (Lita Ford, Bobby Blotzer’s Ratt) has my attention. Fortunately or unfortunately, such star studded performers raises my expectations with respect to their musical output.  Who the hell is Miya you may ask? I don’t really know myself but see that she did release an album titled My Wish Is Your Command back in 2011 with Slade playing the drums. I know that there is a Japanese singer named Miwa who has released a number of albums in Japan and achieved considerable success but it looks like that may be the only link between the two singers. The internet for once is not that helpful as any bio for Miwa who released Reach Out And Touch Me appears limited at best.

I have to assume that Sheehan, Slade and Perry were hired guns for Miwa‘s latest EP Reach Out And Touch Me. The music for all of the songs — the two of them since “Dirty Deeds” is an AC/DC c0ver — on Reach Out And Touch Me are actually written by guitarist Sean Lee with the lyrics penned by Miwa. So as much as Reach Out And Touch Me has some star power with Sheehan, Slade and Perry playing on the EP, the reality is that they didn’t write the songs so this is not really a project that features the three of them. Sure, they play on the record but they do not seemingly have any creative input on this EP. And that is a shame because the EP is just average at best.

I would think that if you’re going to release a three-song EP, you wouldn’t bother with a cover song but that’s exactly what Miwa does with a pretty poor cover of AC/DC‘s classic “Dirty Deeds.” Miwa‘s cover starts off with someone stating “Dirty Deeds done by Miwa.” Did we really need such an intro? If you didn’t know that Miwa was covering “Dirty Deeds”, you’d have a hard time figuring it out from the intro with the distorted bass sounds. Eventually, the song’s familiar guitar riff is played but Miwa‘s attempt at gruff styled v0cals falls quite short. As I sought to find Miwa‘s cover of “Dirty Deeds” on YouTube, I happened to stumble on Joan Jett & The Blackhearts‘ cover of the same song and I have to say, Jett‘s versions blows away Miwa‘s peasant like version of the song. Probably the only stand out part of Miwa‘s cover is the guitar solo which provides a refreshing more modern twist to that part of the song. I wish that Miwa would have sped up her version of “Dirty Deeds” as her slow paced cover with her attempt at gruff like vocals really falls short. And this might be just be a pet peeve for me but why not write the full name of the song — “Dirty Deeds Done Dirt Cheap” — rather than simply “Dirty Deeds.”

Next up is “Reach Out And Touch Me” which is way better than Miwa‘s meek cover of “Dirty Deeds.” Miwa actually has a nice voice and can really sing. The occasional screaming / growly vocals during the song really don’t add anything to the song and almost ruin the song. “Reach Out And Touch Me” actually has quite a bit potential. The melody lines should have been expanded and Miwa‘s growly / screamo vocals, especially at the end, should have been dropped. “Call Out My Name” is a bluesy number and probably the best track on the album. Miwa can be heard singing during this mid-tempo song. There are still a few unnecessary screamo moments but overall, the song flows nicely from start to finish.

Overall, Miwa‘s Reach Out And Touch Me EP is quite disappointing considering the star power of Sheehan, Slade and Perry playing on the record. I expected a lot more than a lame AC/DC cover and two average at best original songs.

Miwa‘s “Reach Out And Touch Me” lyric video:

MIWA – Reach Out And Touch Me – Lyric Video