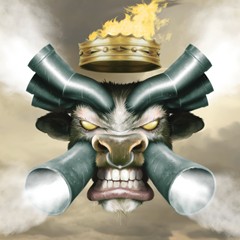 Review:
On their eighth record, and first in three years, Monster Magnet have slowed things down a tad by going back to their hardcore stoner roots, particularly on the opening track “Hallucination Bomb.” After years of generic, but still ass kickin’ rock, the band have gone back to their early days for a fresh change of pace — but after a while some of the songs on Mastermind just don’t sound the way they should.

Mixing it up a bit, “Bored With Sorcery” sounds like something that wouldn’t have been outta place on the band’s breakthrough Powertrip album. Frontman Dave Wyndorf‘s voice sounds as clean as it’s ever been and I think that’s a testament to his sobriety. The first single, “Gods And Punks”, is the slowest song on the record — it’s still sludgy as hell, yet it just doesn’t have the power and ‘oomph’ that it should have, which is incredibly disappointing coming from a band as fucking powerful as Monster Magnet.

Elsewhere on Mastermind the band mine their familiar lyrical territory, and as always Wyndorf boggles the mind with some of his lyrical choices — the most questionable of all is the line in the title track, “punk rockers love what’s in the Yoo Hoo machine”… I’m as confused as you are! While Wyndorf may not be a perfect lyricist, the band as always steps it up to the next level. Led by recently departed longtime guitarist Ed Mundell, the band are as hard and heavy as they could possibly be, the best example of this would be on “100 Million Miles”, where they’re in the pocket the whole time and never let up. Unfortunately they also kind of crumble on “Perish In Fire”, where nothing works and the song just kind of plods along with no direction.

In the end Mastermind is a record done in by too many ideas that aren’t fully realized — and it’s a damn shame coming from one of the coolest stoner bands to ever break into the mainstream.

Reviewed by Pete Crigler — author of Keeping It Tight In The Old Dominion — for Sleaze Roxx, December 2010