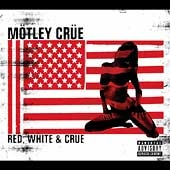 Review:
Mötley Crüe is the definitive sleaze rock band. I think anybody that doubts the sleaze of this band need only read “The Dirt,” an autobiographical book about the history of the band and all their sleazy escapades. But, as many fail to realize, the hair and the sleaze are not just what made the band and what made this genre so popular — It’s the music. And, the Crüe had some pretty kick ass music!

In recent days the Crüe members have had their own situations, projects, and problems. Tommy became a rap fan and released material that should be wrapped in a “Hazardous Waist” container, Nikki formed a new band with an incredibly overrated demo release called Brides of Destruction, Mick battled health problems, and Vince proves himself as the reason Mötley Crüe is the definitive sleaze rock band by having more metal attitude than every faceless and nameless “nu metal” musician combined touring night clubs near you performing the Crüe classics and punching out some pompous suits when necessary. But, when you take these 4 elements and put them together, even 25 years later, you have the ingredients of the definitive Mötley experience and collection. Welcome to Red, White & Crue.

The set kicks off with “Live Wire.” Somehow this song managed to avoid being placed on the Greatest Hits and Millennium collection releases even though it happens to be my favorite Crüe tune. So, right away this compilation offers something different.

In the tradition of “different” cuts than the previously released Greatest Hits, “Toast Of The Town,” “Black Widow,” “Use It Or Lose It,” and, to a lesser extent, “Helter Skelter” are also found on disc one of the two disc set. The first three are songs that are probably not going to be performed live on the reunion tour but are decent songs. “Helter Skelter” is a surprise because it is a Beatles cover, and covers, in and of themselves, rarely find their way onto someone else’s compilation. There are exceptions such as the Scorpions doing the Who‘s “Can’t Explain” but in general, compilation releases are of the best of that artist’s original material.

In addition to the songs not found on other Crüe compilations, you have the essentials as well on disc one. “Piece Of Your Action,” “Too Young To Fall In Love,” “Looks That Kill,” “Same Ol’ Situation,” “Don’t Go Away Mad,” “Dr. Feelgood,” and so on and so forth. This combination of somewhat obscure or lesser played cuts with the songs we all bang our heads to proudly make disc one a winner.

Disc two, on the other hand, has moments where you ponder, “Why the hell is this on here?” Perfect examples of this are “Planet Boom,” “Generation Swine,” and “Enslaved.” Anything off Generation Swine should be forgotten immediately. That was Tommy Lee proving how incredibly un-rock he’s become and him dragging the band down that path with him. Utterly embarrassing to even include these songs on this set.

Unlike other reviewers, I actually am glad they included the John Corabi cuts. While I wouldn’t ever consider John Corabi a replacement for Vince, John has a good voice and a few of those songs actually are pretty good. To not include them would leave the set incomplete.

I’m really glad cuts from New Tattoo were included. While I feel songs like “Fake,” “Punched In The Teeth By Love,” and “First Band On The Moon” are FAR better than any of the Tommy induced garbage on this record, I’m glad that album was not ignored. Tommy is a drummer and no matter how hard E!, the honorary Homosexual Network, or any other form of media tries, the fact is Tommy is just a drummer and can be, and was, replaced.

Rounding out the collection are three new tunes, one of which is getting played in heavy rotation on many rock stations called “If I Die Tomorrow.” This cut has a new feel mixed with Vince‘s sleaze voice and good guitar work. The solo leaves something to be desired as it is very short but it is a tremendously catchy song and is really a winner in all ways as are the other two songs “Sick Love Song” and “Street Fighting Man.” “Street Fighting Man” is clearly a Vince creation as it’s real sleaze rock. “Sick Love Song” strikes me as a song that could have been on the Brides Of Destruction release but performed and recorded with professional equipment and with a singer that can, well, sing.

You take the good, you take the bad, you take them both and then you have… Well, besides the Facts of Life, you’ve got Red, White & Crue. A tremendous release that will surely do well on the charts. And, with the low cost this album is marked at, I strongly suggest you do pick it up!