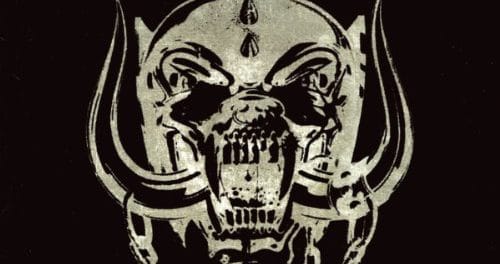 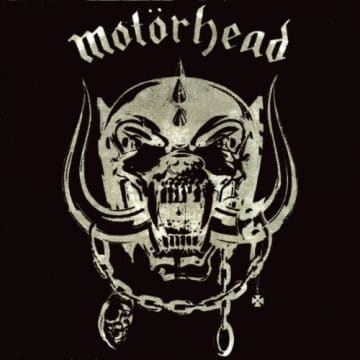 Review:
Most people who know me — or has been exposed to any of my writing, whether it be journalistic or poetry / songwriting — is well aware of my complete utter rock and roll junkie syndrome. When you have more CDs than many music stores in your truck alone, then it’s quite possible that there may be a bit of an addiction involved and yeah, I’ll admit it — “My Name is Stoney, and I’m a rock & roll junkie.”

Aaah…now that we’ve got that out of the way, maybe it’s a good time to shed a little history that I like to separate into two categories — the early controlled addictive years, and the totally chaotic addictive years. It’s quite simple. The first few years of my life, I grew up on late ’60s and early ’70s radio which exposed me to just about every kind of cool mainstream music out at the time. The second (and way more intense) music period coincided with the slow addition of freedom and money (an allowance) in my life. In other words, I had money in my pocket, a bicycle, and the freedom to hit record stores; not to mention at the time a kid could still roam around without fear of being abducted or killed. So how, do you ask, does that make for a journey down the dark, intense, chaotic road of more underground rock and roll? Well really my tale is not unlike that of other rock and roll junkies. And for this example we will use one of the more memorable albums from my childhood — Motörhead’s 1977 self-titled debut. Just picture this…

Young shaggy American kid rides his bike to the German mall, grabs a big warm pretzel, and hits stroll stride checking out everything from the candy bars, to the young German girls wandering around. Really, with that in mind, how could a red-blooded American boy be distracted away from that? Well matter of fact, by a scary as hell looking long-fanged creature in chains looking out from a black record sleeve outside of a record shop. To this day I still recall kinda looking at it slowly out of the corner of my eye while trying to decide whether to keep looking at the “scenery” or blow the girls off to explore this crazy looking creature. Luckily for me (and some might say the girls), I chose to approach what turned out to be a copy of Motörhead’s first record. It really wouldn’t be too much longer before the band’s logo would be everywhere I roamed in the Frankfurt area (and more than likely most of Europe) but for that moment, it was like massive sensory overload. But the visual overload wasn’t even close to the audio overload to come once I got the album home and strapped on my big headphones.

By the time I had stumbled onto Lemmy and company, I was already a huge fan of the first two Ramones albums, The New York Dolls, Black Sabbath, Alice Cooper, and KISS and to me, Motörhead sounded like someone took all of those bands, shoved ‘em in a blender, and poured a bunch of stuff I wasn’t allowed to have on top. Hell, Lemmy’s bass and vocals alone sounded like they were run through an evil blender gone apeshit!

Starting with dirty bass guitar, the album kicks off with the band namesake / title track “Motörhead” — a song that Lemmy actually wrote while still in space prog band Hawkwind. Rumor has it that Hawkwind, a band known to take drugs, sacked Lemmy for taking drugs so Lemmy sacked the band members’ wives and girlfriends, took his song with him and started a new, louder band. Basically, Lemmy’s own musical version of a middle finger. Now back then, that was all unknown to me but what I DID know was it was loud, gritty, fast, and very much like someone took Chuck Berry and fed him nails and sandpaper chucked down with a ton of whiskey. The Ramones were cool but to me, Motörhead were just absolutely killer.

The fact that Lemmy (plus guitarist “Fast” Eddie Clarke and drummer Phil “Philthy Animal” Taylor) followed that first track up with punk as shit track “Vibrator” complete with bitching solo only made me wanna jump up and down on my bed twice as much and twice as fast. “Lost Johnny” and “Iron Horse / Born to Lose” slowed things down with a groove that would inspire me to eventually forge dirty musical loves for the likes of the first two Iron Maiden albums and early Saxon. At the time, I didn’t truly know what Lemmy was growling about but for some reason it just seemed to light a fire inside. Following those tunes up with one of my fave Motörhead tracks did little more than inject me with enough rock and roll to make a full blown addict out of me. Actually, a LOT more!

Despite being the shortest track on the album by nearly a good minute, “White Line Fever” remains a monster track and the perfect side two opener yang to the title track’s side one ying. Dirty, gritty, and grumbling along with a chunky edge that kinda sounds like a hellhound dragging his itchy ass across a nail covered carpet, this is about as aggressive a track as any band would deliver on detached young males in 1977. If clumsy teenage boys wondered how to deal with zits and puberty, the answer was simple — a few hard smacks of Motörhead would either pop everything away or leave a fella not giving a shit. As if “White Line Fever” wasn’t rocking enough, the guys follow up with more blister banging original tracks in “Keep Us On The Road” and “The Watcher” before closing shop with a wicked version of 1951 Tiny Bradshaw tune “Train Kept a Rollin’”, a tune made popular via awesome renditions by the Yardbirds and Aerosmith in the sixties and seventies. But while those versions rocked and were already a couple of my fave tunes (Aerosmith’s half studio / half live version is still a fave cruise to concert track for me), Motörhead’s take on the old Bradshaw tune just kills and to this day, stands up just fine with any other cover of the classic track.

For those of us who were assaulted by this album early on, the attraction I believe was a crazy mix of aggression for an audience seeking an escape from the so-called “happy” confines of childhood and early adolescence. Looking back now, I can see the pure urgency of a band trying to get its music down as quickly and efficiently as possibly relying on early rock methods of live tracking while piling on not only early rock influences but also sounds that then were more current. In the process, they were gearing up for the musical climate that would end up being the heavy side of the ’80s.

Over the following decades, there have of course been heavier, faster, and more polished offerings from Motörhead but none that match up to the rawness and carry as much punk bravado. Lemmy would go on to be an elder statesman for heavy metal until his death but in all reality, he was much much more of representation of the much wider realm of rock and roll in general and well deserving of a place amongst the likes of Chuck Berry, The Stones, Black Sabbath, and other groundbreaking legends of rock.