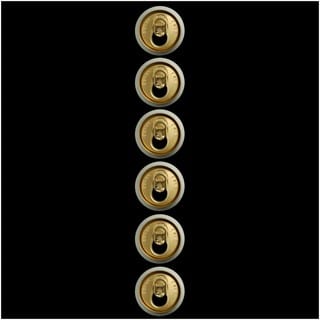 Review:
Hailing from Oklahoma comes Motortrain, the latest band of barroom brawlers hell bent on playing southern-flavored rock. Part of the problem with Motortrain though, despite some scorching guitar leads, gruff vocals and a hard-hitting bottom end, is that they barely climb above bar band status. If the four-piece group played with a bit more energy and aggression they would be excellent, but on the six track EP Straight Six they never seem to completely let loose.

I will say this about Motortrain — their musicianship is practically flawless. The rhythm section is especially tight from beginning to end while the guitars and vocals are a perfect fit for this type of music. Everything on this EP impresses… except the songs themselves, which let the band down. Nothing is horrible of course, it’s just that it could be so much better. Aside from the first single “Goin Goin Gone” (which really comes together during its tongue-in-cheek video) nothing really grabs you by the balls and makes you take notice. These types of bands are supposed to arrive to your town late at night, deliver a scorching live set, get drunk, fight, and flee in a cloud of burning rubber — instead Motortrain sound as if they roll into town, have a few beers and burgers at a backyard BBQ, and then shake hands on their way out.

This EP contains the type of music I usually go nuts over, but these tracks seem to be lacking passion and conviction — and some unbridled energy wouldn’t hurt either. Maybe the members of Motortrain need to write and record while nursing a killer hangover — perhaps that will give them the cantankerous edge they are currently missing. All the pieces are here, they just need a couple killer tracks to bring it all together — only then will Motortrain be a force to be reckoned with amongst the beer-swigging crowd.