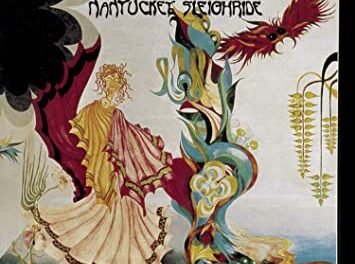 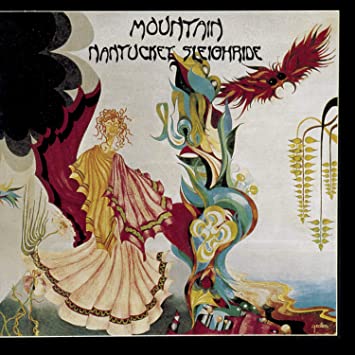 Review:
As we closed out 2020, we lost another great. Leslie West passed away in December of last year, and this month brings us to the 50th anniversary of the incredible album, Nantucket Sleighride. Leslie West, along with Felix Pappalardi on bass, Steve Knight on keyboards and Corky Laing on drums, are the members of Mountain. Mountain brought a very heavy side to blues, along with experimenting with progressive rock, and are often cited as one of the earliest influences of heavy metal. Nantucket Sleighride is a masterpiece in my opinion, and there isn’t a song on there that wasn’t perfectly placed.

“Don’t Look Around” starts off the album. Right away, you notice the very psychedelic elements thanks to the keyboards provided by Knight. Aside from the fantastic solo provided by West, Laing’s intense drumming is by far the best part of this song. It drives the song forward in a way that just beats the song in your face, which makes it a great opener. This is by far my favorite song on the album. Another thought I had when first listening to this is the very obvious progressive rock direction this album seems to go. Up next is “Taunta (Sammy’s Tune)”, a tribute to Pappalardi’s poodle, which is simply a short piano number that introduces the next song, “Nantucket Sleighride.”

Once the lovely segue is over, “Nantucket Sleighride” begins with the haunting opening vocals. This is simply a masterpiece of a song and is influenced by the true story of sailor Owen Coffin, who volunteered his own life so he could be… eaten… by the rest of his starving crew. The keyboards give us yet another example of the prog sound Mountain utilize on this album. The bridge of this song gets very heavy with intense drum fills, and the instrumental elements of this song give us the illustration of being in the middle of the ocean. Moving right along, “You Can’t Get Away!” changes the style direction to a blues rock sound with a bit of prog. In my opinion, it is reminiscent of early Rush when it comes to the guitar riffs and drum patterns. The riffs are very meaty and in-your-face. This is definitely a killer song.

The tribute to Jimi Hendrix — “Tired Angels (To J.M.H.)” — is a great tune. One thing I really like about Mountain is the overuse of the cowbell — and I mean “overuse” in the greatest way possible — and there is plenty of that in here. Like always, we get great riffs with a piano that was brilliantly written in. “The Animal Trainer And The Toad” is next, and it’s a straight-ahead rocker. With the swinging piano, it reminds me of Billy Powell’s playing, giving the tune a Lynyrd Skynyrd-esque style. This one is one of the best on the album.

“My Lady” sounds like a psychedelic song straight out of the 1960s, which would make sense since this came out shortly after the decade ended. The most notable point here is the spot-on harmonizing between Leslie West and Felix Pappalardi. As we near the end of the album, we get very bluesy. “Travellin’ In The Dark (To E.M.P.)” features excellent harmonization yet again and is Pappalardi’s tribute to his mom. This is one of those songs you just want to sing at the top of your lungs while banging your head. West’s playing is fantastic on this tune as well. Rounding out the album is “The Great Train Robbery”, which is the most blues heavy song on the album. Leslie West’s vocals really shine here and there is also great use of the cowbell here.

I think that most will agree that Nantucket Sleighride is an all-around excellent album. Personally, I think this entire composition is an example of a perfect album. I feel Mountain are underrated and a lot of people don’t know any of their work besides “Mississippi Queen”, and that is a shame. Leslie West and the rest of the band members will be remembered as pioneers when it comes to advancing the rock genre in a heavier and more experimental direction. West is an iconic player and deserves to be more recognized. I recommend this album to anyone who wants to go back to the roots of metal and find out where it all began.