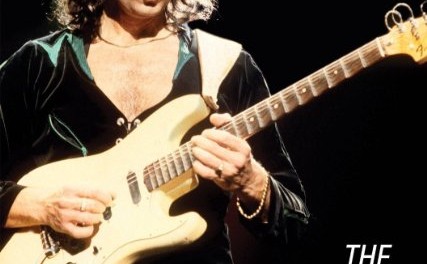 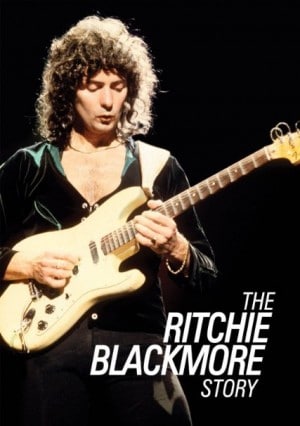 Review:
Ritchie Blackmore — the eccentric, volatile guitarist that founded Deep Purple with the late great keyboardist Jon Lord — has announced that he is making a comeback to rock music. Blackmore along with his wife Candice formed Blackmore’s Night in 1997 after Ritchie quit Deep Purple and disbanded Rainbow. The band focused on traditional European folk and medieval music. Blackmore’s Night have released a total of 10 albums since their formation.

As previously noted, Blackmore will return to reclaim his rightful place in the current rock scene. Blackmore has reformed Rainbow and will make a number of appearances at various European festivals in 2016. It should also be noted that in 2016, Deep Purple WILL finally be inducted into the Rock & Roll Hall of Fame. The jury is still out if Blackmore will make the trek to New York to snag his award or if he and the remaining Purple members will mind themselves long enough to take to the podium together. 2016 will be a huge year for Blackmore and what better way to launch the New Year than with a fully authorized documentary titled The Ritchie Blackmore Story?

The documentary is a comprehensive look at the beginning of the classic Deep Purple line-up through the shakeup that brought David Coverdale and Glenn Hughes into the fold and produced the underrated classic albums Burn and Stormbringer. It also covers the formation of Blackmore‘s first post Purple project Rainbow with the late Ronnie James Dio. The band as told by Blackmore himself was named after L.A.’s Rainbow Bar & Grill. Weaved in between a newly recorded interview of Blackmore having a few pints at a pub are interviews with the likes of Steve Vai, Joe Satriani, Ian Anderson, Glenn Hughes, David Coverdale, Joe Lynn Turner, Graham Bonnet, the late great Jon Lord and Gene Simmons. What Simmons says about Blackmore will absolutely blow your mind — you have to hear it to believe it. The only person missing on this is Yngwie Malmsteen who is a disciple of Blackmore. During the documentary, Blackmore shows that he has a sense of humor and he is quite the storyteller. The story he shares about ABBA is hysterical and his swipe at Bruce Springsteen is brilliant. Blackmore shares his account of Deep Purple’s own ‘Spaghetti Incident’ which depicts the dysfunctional relationship that he and his Purple band mates had at the tail end of their musical relationship.

The Ritchie Blackmore Story is a must for diehard Deep Purple fans, Rainbow fans, Blackmore disciples as well as hard rock historians.