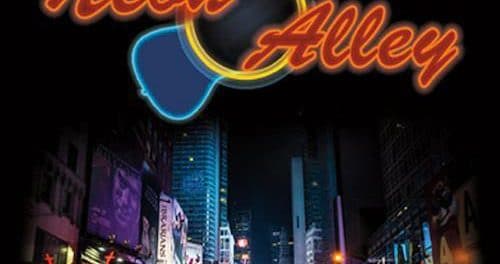 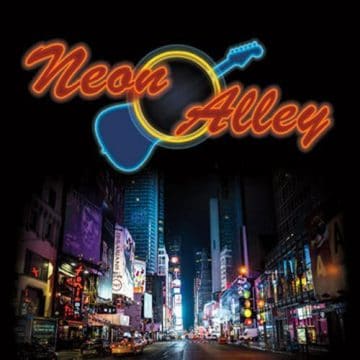 Review:
Well kiddos, in the true fashion of what I do best, I bring you yet another NEW and virtually unknown band to salivate for. There are droves of new bands and new music keeping the legacy alive older bands have created (and have been well acclaimed for already) and I for one will continue to appreciate and throw accolades at these new bands for not only paying homage to, but for keeping that rock n’ roll flame alive and burning brightly.

That said and without further ado, I am proud to introduce to you Neon Alley. NOT “just another band out of Boston”, but a very tight and talented, power trio from Boston, Massachusetts, laying down some most excellent, in your grill, guitar driven classic rock n’ roll and delivering the goods in spades. The band, led by guitarist extraordinaire and tasty vocalist David Vaccaro, is supported proficiently by the bottom end backbone of bassist Mike McDonald and human metronome drummer Scott Marion. They have brought for our listening pleasure eight songs of solid classic fueled rock n’ roll. Any of the seven original songs and one cover could and should be on your local radio station right alongside bands like Bachman Turner Overdrive, Mountain, Dire Straights, Huey Lewis & Th News, Boston, Bad Company and even The Outfield. The Neon Alley songs are on par, if not superior to the hits from these aforementioned bands and like the hits from these bands, the sound blasting forth from Neon Alley is timeless and modern without losing the classic sensibilities that makes their tunes — well classic.

“All I Want” is a standout track and is my personal favorite, that hearkens back to Allied Forces era Triumph, with an infectious lead riff, massive chorus and a solo that tastefully shreds over a rhythm section that is fill filled and doesn’t overshadow what a great song this is. “That’s How It Is” has a Dire Straights “Money For Nothing” vibe, while the band’s cover of the Jerry Leiber and Mike Stoller penned classic “Jailhouse Rock” is kicked in the rear and presented all rocked out and is unrecognizable as the Elvis Presley hit from 1957. Next is a Hooters meets Badfinger number entitled “I Only Want To Be With You” complete with mandolins and a whistled break. “Let Your Lovin’ Come Down” is a tastefully mashed up ELO meets The Cars meets Toto rocker that you can’t help but sing along with and repeat a couple hundred times. “Piece Of The Pie” is another rocker with big guitars, drums and huge chorus that will have everyone windmilling and singing along. “Got To Rock”, as the title implies is an arena rocker paying homage to everyone’s favorite musical rock n’ roll preference and is laid down in the vibe of classic Budokan era Cheap Trick in a tag team death match paired up with George Thorogood. Rounding out this long play is “‘Til I’m Done” — another rock number with Vaccaro‘s soon to be signature vocals and guitar swagger all over it and that rounds out a very solid freshman release.

If, like me music makes you happy, than the guitar driven, hook laden, modern classic rock sounds that Neon Alley are  proficient at and should be well known for will put a joker-esque grin on your skull and fill a nice slot in your musical collection. Here is to hearing more from Neon Alley and wishing this talented trio much praise and success in the future.

Neon Alley’s “That’s How It Is” video:

NEON ALLEY – That’s How It Is (Official Music Video)

From Neon Alley’s Self-titled debut CDCD on sale now at www.dmvmusic.com and most major outletsVisit our Facebook page at www.Facebook.com/neonalley