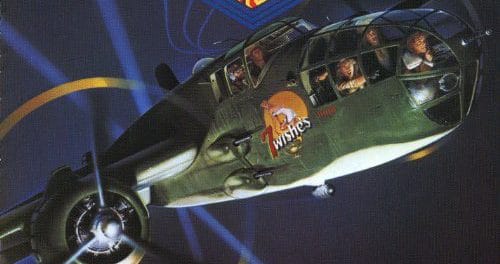 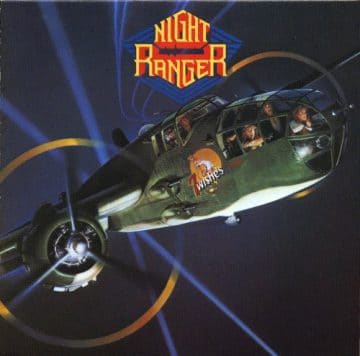 Review:
Nineteen years ago this month, a few pals and I loaded up into a van for the two hour plus trip to Atlanta to enjoy the second day of the Music Midtown Festival. Back then, it was a multi-day, multi-stage event loaded with mostly well-known artists of all genres and eras and costing well below a third of the ticket price of the most recent alternative music leaning edition of the festival. These days, it would be thought insane to shell out a mere $35 per day or under $60 for all three days to see a wide range of name acts like Bob Dylan, Foreigner, Cheap Trick, The Cult, Patti Smith, and way more for a value of around a buck per performance. So it was nothing to pick a day, load up the van, park at the Marda and ride / walk up to the front gate to drop a few bucks for an armband invitation to sun, fun, vendors, music lovers, and live music.

I had done so for several years at that point seeing some incredible acts and this year we picked Saturday to hit the road arriving just in time to join a hillside of fans waving along to the Sugarhill Gang before venturing off on a day that included great outdoor sets from Kansas, Loverboy, The Smithereens, and more before finishing the night rocking out to back to back performances from personal faves Cheap Trick and The Cult. But even with all those incredible artists, perhaps the most memorable set that day arrived courtesy of ’80s rockers Night Ranger. It was a performance, that while didn’t surprise a long-time fan like myself, eventually prompted my pal Joe to repeat after every tune, “Man, I never realized just how many popular songs they have!”

As a fan that has followed the story of Night Ranger starting with Jack Blades and Brad Gillis‘ previous band Rubicon (which also included Kelly Keagy for a minute), I would be putting it mildly to say that I immediately took to Night Ranger‘s 1982 debut album Dawn Patrol. Loaded with everything I love about rock and roll including catchy choruses, hot hooks, hard rock possibilities, pop sensibilities, and everything in between, that first record took up regular residency on my turntable in 1982 musically rooming with so many great rock releases that year. Every track just beamed with an energy and melodic richness that seemed to effortlessly melt into massive sophomore smash Midnight Madness, which featured more of the band’s catchy rock and roll including arena sing-a-long classic “Sister Christian.” By the time the band dropped 7 Wishes in 1985, it was hard to expect Night Ranger to hit paydirt again but not only did they, 7 Wishes peaked five places higher hitting #10 on the Billboard album charts and dropped three singles in the Billboard Top 20. (one more than Midnight Madness) But as good as hits “Four in the Morning”, “Goodbye”, and top ten smash “Sentimental Street” were, they are merely a pinch of the greatness found in the catchy collection of tunes found on 7 Wishes.

Starting with the heart pounding title track (oddly spelled out “Seven Wishes”) and blasting into “Faces”, Night Ranger‘s third killer album starts off with a double blast of hard rock that keeps the group’s more commercial rock side respectable. Yeah, it might be those pop rock tracks that Night Ranger will be forever known for worldwide but at the bottom of it all lies a band filled with killer musicians including at the time not just one, but two, badass guitarists in Brad Gillis and Jeff Watson. Just a listen to the kick off singles from Night Ranger‘s first two records — “Don’t Tell Me You Love Me” and “(You Can Still) Rock In America” — proved that and on 7 Wishes, the presence of hard rocking tunes roughly separate the more commercial tracks with cool romp. “I Need a Woman” following single “Four In The Morning” before side one closes off with the album’s signature track “Sentimental Street”, a song as arena Bic lighter tune perfect as any.

Don’t let the keyboards confuse you, the side two opener is aptly named as “This Boy Needs To Rock” and kicks hard and rocks out with every bit of anthem stuff Night Ranger are known for. The solo is as much melodic shred guitar as say Randy Rhoads‘ work on the first two solo Ozzy albums and if that’s not enough, the band throw in a second blast before the song wraps up. Maybe a case of two incredible guitarists are better than one? How about two incredible guitarists in a band filled with incredible musicians. Much like Winger and Mr. Big later on, Night Ranger possessed a knack for taking incredible musicianship and squeezing it perfectly into great, catchy, yet never overly technical songs.

While still a solid tune, “I Will Follow” for my money is 7 Wishes’ tenthbest track and maybe a little bit too much fluff for even Night Ranger. Maybe “Interstate Love Affair” is not too far behind with its soft harmony chorus but the guitars alone give it that extra something and the verse is full of enough chunk to bring the rock. Night Ranger may shine bright when heavy melodies are involved and of course can kill it when it comes to ballads, but “I Will Follow” just misses that something that lifts the rest of the tracks on 7 Wishes.

While not as strong a song as Night Ranger are capable of, “Night Machine” — a tune jacked with star power backing vocals from Vince Neil and Tommy Lee of Mötley Crüe — is still packed with cool moments but more so in the guitar solos than the backing vocals. Surely the chants could get even the hardest rocking concert crowd going but man, those solos! You can call Night Ranger whatever you want — cheesy, pop, whatever — but to say they are lacking in guitar fire power would either be a flat out lie or possession of a complete lack of ignorance.

In the ’80s, hard rock albums typically finished off with face melting tunes or album filler and few bands were capable off pulling off closing things out with a power ballad like “Goodbye” but I have to believe that part of the reason Night Ranger pull this off is due to this just being a visually stunning piece of music. Not just as far as rock but musically period. The lyrics openly capture a time that could really be any time for anyone, anywhere. Not just literary beauty for a genre not known for smart writing but a musical landscape worthy of lauded wordsmiths such as Bruce Springsteen. OK, so even the Boss has his simple moments but more often than not, can paint an incredibly striking lyrical picture. The strength of the track alone makes it a perfect album closer, never mind the sentiment involved in finishing up a record with “Goodbye.” Sadly it also stands as the band’s farewell to platinum as follow up Big Life ended the band’s certificate status grabbing gold despite Night Ranger continuing to release great albums.

After napping my sunburnt self cool under the shade of a vendor tent during the most dismal of rock sets put on by Steppenwolf, I found myself dragged to the now empty front of the small outdoor stage that Night Ranger were about to occupy. For over an hour, the band rocked through anthem after anthem prompting the previously mentioned “How many popular songs” comment by my pal Joe. For him, it was another fun part of a fun day (in particular, when he played the hero by giving a gal a Night Ranger guitar pick he caught after a drunk had nabbed the one that was tossed at and meant just for her) but for me, it was another chance to revisit a time when a rock concert was simply about singing, dancing, and cheering along with an army of friends that you’ve never met in person but somehow are connected to intimately. One of those moments you badly miss as life goes on but every once in a blue moon unexpectedly stumble across. Strange but welcome moments when life takes you off the beaten path and finds you rolling along Sentimental Street.

Reviewed by John Stoney Cannon for Sleaze Roxx, May 2020