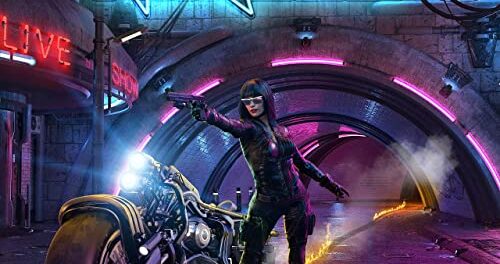 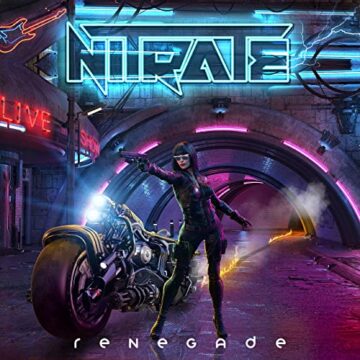 Review:
Nitrate and band mastermind/bassist, Nick Hogg, had been on a roll since their 2016 debut, Real World. Hailed as a breath of fresh air for the melodic rock/AOR genre upon release, it announced itself through a barrage of arena-ready tracks that took a listener back to a time when power pop and Def Leppard ruled the world. The momentum continued with 2019’s Open Wide, which brought a harder-hitting, cutting edge to the band. Critics and fans adored it and for good reason as the songwriting was tighter, it rocked harder, and the production was better. Open Wide was a raucous homage to its influences, an amalgamation of the best 1988’s Dial MTV could offer.

Oddly, the growth and continuum between Real World and Open Wide belied the inconsistencies within the Nitrate band itself. Only Nick Hogg and drummer Pete Newdeck played on both records. However, Hogg is the vision behind Nitrate and he assembled a fine cast for Open Wide. The changes worked. They work on Renegade too, which again sees a new slate of band members. This time, only Hogg returns. Alexander Strandell (Art Nation, Crowne) handles the vocal duties. Dario Nikzad takes over on lead guitars. Tom and James Martin (from the band Vega) handle rhythm guitars and keyboards respectively. Mikey Wilson replaces Newdeck on drums. Fine musicians all. That’s where Nitrate‘s roll ends.

The issues with Renegade stem from the songwriting, most notably because of whole swaths of recycled lyrics that were done better 30 years ago. Paying tribute to an influence works beautifully if a band nails it — Jet‘s “Cold Hard Bitch” is a perfect example. It’s ripped straight from the AC/DC songbook, but Jet made it their own and the track became a massive hit. Anything less can devolve into pale imitation, and this is what hamstrings the majority of Renegade‘s run time. “The smell of wine and cheap perfume,” Strandell sings on “Big City Lights,” lifting directly from Journey’s iconic “Don’t Stop Believin’.” Nuanced, Renegade is not.

The upshot though, and it’s a big one, is the 1980’s influences (Def Leppard, Roxette) are varied enough to keep Renegade interesting. And each of the 11 tracks come standard with radio-ready, sing-along choruses. They’re huge, and the record is better for it. However, so heavily influenced by others, Renegade lacks a personality of its own. The choruses are often third-rate Bon Jovi and the verses are packed with C-Level ’80s metaphors. “Playing with fire” is a repeated theme and the ballads seemingly have been stolen from a dumpster behind Night Ranger‘s rehearsal space. Amazingly, some of it actually works.

The 1-2 punch of opener “Dangerzone” and title track “Renegade” make for a strong start and showcase for Strandell and new guitarist Dario Nikzad. Both are anthemic, melodic rock right out of the textbook. Later, “Children of The Lost Brigade” is a welcome, heavier turn about resistance: “They try to bring us down / Try to set the rules / But we won’t bow to you.” It’s the best song on the record. The follow up track “Addicted” is strong too. Drenched in gang vocals and power chords, it’s late-’80s Def Leppard if Adrenalize had extra room.

Ultimately though, the recycled lyrics and over-reliance on keyboards land Renegade in middle-of-the-road territory. It lacks the nitrous that made Open Wide such a gas to listen to. By comparison, Renegade is Youth Gone Mild.