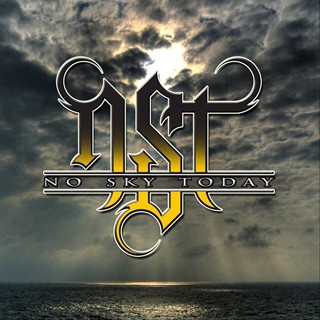 Review:
No Sky Today is the creation of guitarist/keyboardist Wayne Findlay (Michael Schenker Group) and vocalist Paul Jones (Robot Lords Of Tokyo). They released their self-titled effort which is a
hybrid that mixes contemporary metal, grunge and modern rock — it’s edgy, chalk full of monster grooves that are complemented by Findlay‘s unforgettable guitar work and Jones‘ powerful melodic vocal.

The music was written and produced by Findlay, who made the most of this opportunity to step out of the shadow of Michael Schenker and he shines throughout, with Jones handling all the lyrics and melodies. When the duo joined forces in No Sky Today they created musical magic with the help of Quiet Riot‘s Kelly Garni and Waysted‘s Scotty Philips (who have both been replaced in the band since the release of this album).

There are many outstanding moments on No Sky Today like “She’s On Fire”, which is an abrasive and tenacious grunge inspired track with a ferocious solo, “Break Up”, which starts with a memorable intro that kicks into this Pantera-like grinding riff, and “Pieces”, which features a surgically precise riff that tears through your eardrums like a hot knife through a stick of butter. “Real Life” sounds like it could have been lifted right from an Alice In Chains vault of outtakes — no disrespect to No Sky Today meant though, as this is a keeper and has hit written all over it.

There isn’t a single track that could be considered filler on this debut album. In a perfect world No Sky Today would be a platinum selling artist — unfortunately they’ll have to settle for selling multiple copies for the time being as they continue building their fan base. If you’re looking for a very cool band that that culls from the grunge, alternative, hard rock and nu-metal subgenres with wonderful results look no further than No Sky Today — and let’s not forget to mention that they don’t skimp you on the guitar heroics.