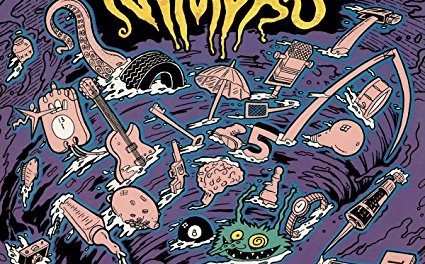 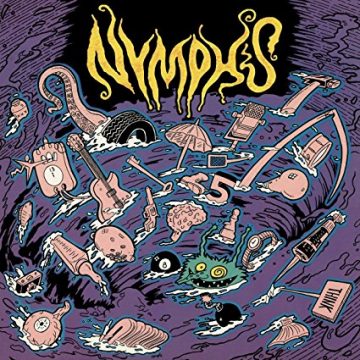 Review:
Nymphs’ ‘self-titled’ debut was recently reissued by [U.K. based] Rock Candy Records to launch their North American distribution through Universal Music. Nymphs are one of four titles to hit the record store racks and online outlets on November 18th, 2016.

The legend of Nymphs’ [albeit underground] is one of notoriety. Frontwoman Inger Lorre is said to have urinated on the desk of a Geffen Records executive [Tom Zutaut] whom she held personally responsible for ‘shafting’ Lorre and company. Then there was the rivalry between Nymphs and Hole or more specifically Inger Lorre versus  Courtney Love. One thing that’s undeniable is that Nymphs were ‘alternative rock’ and it was cool. One can say that Nymphs pioneered the ‘alternative rock’ movement that years later would evolve into ‘grunge’ and would help wipe out the second wave of glam rock.

While not exactly grunge, The Nymphs certainly could go toe to toe with bands like Nirvana and Alice And Chains and the like. As per usual, the Rock Candy Records liners are a great companion piece to the music and add a great backstory to the recording of the album. Lorre doesn’t pull any punches and speaks her mind in a newly conducted interview specifically for this Rock Candy Records reissue. The “go to” tracks on Nymphs are “The Highway” and “Imitating Angels.” You might have missed or passed on the Nymphs’ first initial run. Don’t let that happen again — you will not be disappointed.

This is the last video the band did. It was shot at the Whisky in Los Angeles. The bad broke up a few months after it was filmed–on stage in Miami, Florida….