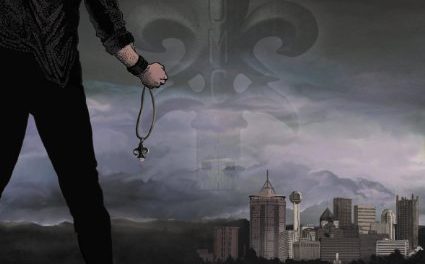 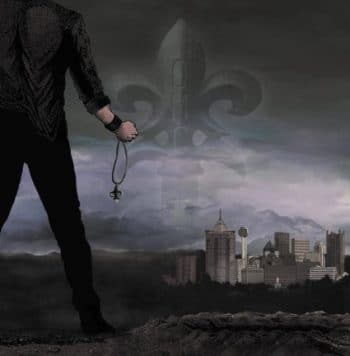 Review:
Terrible release after terrible release, I keep hoping that Geoff Tate will finally decide to record an album worthy of his talents rather than the experimental garbage that he has been prone to indulge in for the last twenty years or so. Unfortunately, it seems that Tate goes deeper and deeper into his experimentations with every album that he releases. While I had high expectations in advance of the release of Operation: Mindcrime‘s debut album The Key, my expectations this time around were very low to start off with.

Funny enough, if it wasn’t for Tate‘s spectacular body of works from 1984 to 1990 (some will likely argue past the Empire album) with Queensrÿche, I would not have even given Resurrection a chance. It is because I know what Tate is capable of that I keep going to the well so to speak but the well is always seemingly empty… This time around is no exception with Tate delivering for the most part another disjointed effort of various sounds mashed together.

There is only one song really worth listening to and not surprisingly, it was chosen as the one for which a video was shot. I am talking about the track “Taking On The World” which features former Judas Priest frontman Tim “Ripper” Owens and ex-Iron Maiden singer Blaze Bayley. I can just imagine the conversation between the three of them. Tate would let Ripper and Blaze listen to some of the tracks that he has come up with and both Ripper and Blaze would very diplomatically tell Tate that they were only interested in singing on “Taking On The World” because it is the only song that has any sort of hard edge to it and which will not embarrass them going forward. Alright, this is all fun speculation but the reality is that lucky for Ripper and Blaze, they are featured on the only good song on Resurrection.

Just like last time with The Key, Tate released the “best” — and I use the term very loosely — songs in advance of the release of the album. While the tracks “Left For Dead,” “The Fight” and “Miles Away” aren’t even what I would qualify as “good” songs, it is not painful to listen to them for the most part. What is painful or just plain boring is listening to the four different song intros that Tate has offered up to start the album. The four tracks range from 30 seconds to two minutes and 21 seconds of pure filler. One would have been plenty to start the album. Picture a real filler type of song on an album where the artist tries some new things including weird song arrangements, tons of different sounds and a weird vibe. The problem with Resurrection is that with the exception off “Taking On The World,” every song on Resurrection falls into that category.

In a nutshell, after painfully listening to Resurrection multiple times, I am very very close to giving up on Tate and Operation: Mindcrime being able to come up with a decent hard rock / heavy metal album.