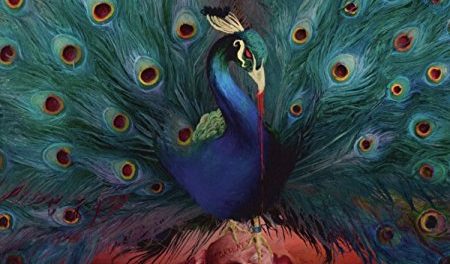 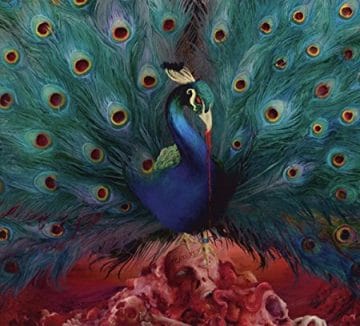 Review:
Bare with me, I’m hoping to expand musical horizons. Even though I’ve been absent from recent Sleaze Roxx reviews, I aim to keep commenting about albums that are, mostly, quite far from the sleaze genre, especially considering that my fellow Sleaze Roxx reviewers jump to assess those releases like moths to the flame, and tend to have a post ready one or two days after we get the promo material. I, on the other hand, am a much slower reviewer and enjoy taking my time listening to an album before making my mind about it.

Such is the case with Opeth‘s new album, which may not only estrange purist sleaze fans but also purist death metalheads, just as it has happened with every release from the band since 2008’s Watershed. But, what can be done? Times change for everyone and Opeth are no exception. If you were waiting for their triumphant return to death metal, this isn’t it, for with Sorceress, the band continues on down their new(ish) progressive path — far away from their death metal roots — with what is also their first release with Nuclear Blast Records.

If Pink Floyd, Black Sabbath, and Yes had sex, Sorceress would be their love child. The whole thing is a marriage of psychedelia, progressive rock, heavy metal, hard rock, and a touch of folk. There’s so many tempo and styles changes that it’s hard to believe you’re listening to the same album all the time. I know for some, this might be a detractor, but I consider it a great asset in a world where there’re so many bands doing exactly the same things. Albums that dare to be different are a breath of fresh air.

After a quick acoustic intro called “Persephone,” things kick off in a grand manner with one of the best songs of the album, the title track “Sorceress.” This song perfectly exemplifies everything that’s to come and the mixture of genres I mentioned earlier. You can check it out by watching the official lyric video below. If you like it, this is for you!

The rest of the album pretty much follows suite, with good to great songs like the heavily Sabbath influenced “The Wilde Flowers,” the very progressive “Chrysalis” (where Deep Purple meets Yes), and the really fantastic “Strange Brew” which again combines everything. A clear album highlight in which one can hear influences from Purple, Uriah Heep, Pink Floyd and Jimi Hendrix.

I have to say that the first song released — the single “Will O The Wisp” — had me pretty scared. Since you never know what to expect from Opeth, I thought they were releasing a purely acoustic and mellow album. Thankfully, this is not the case. I’ve grown to really like the song now that I’ve heard it in context with the rest of the tracks. It really fits in.

I consider Sorceress a success — eclectic as it is. It’s not completely perfect but definitely superior to Opeth‘s previous Pale Communion and, as good records are meant to be, an album that requires a significant number of spins to fully reveal all of its layers and textures.