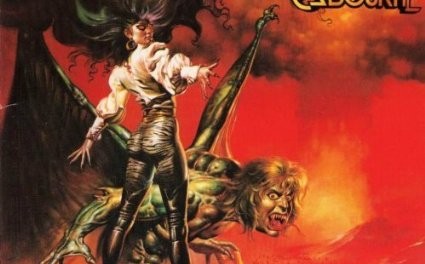 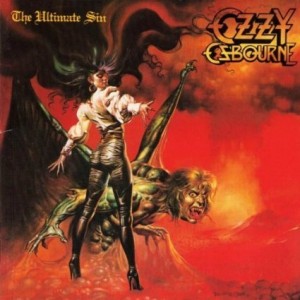 Review:
Another 30th year anniversary of a classic album is upon us although as it would turn out, I am late by a few minutes. This time, it’s none other than Ozzy Osbourne‘s The Ultimate Sin, which was the iconic frontman’s second album with the now well renowned guitarist Jake E. Lee. Osbourne was unable to escape the glam metal craze of that period and he returned with an awful glam look and one of his most commercially accessible albums. The good news is that a “commercially accessible” album from Osbourne is not a complete sell-out such as Mötley Crüe with its 1985 album Theatre Of Pain.

The Ultimate Sin is actually a rocking album from start to finish with some great hooks and melodies while still maintaining a heavier edge that was sometimes sorely lacking with a good portion of heavy metal bands adopting more keyboard friendly sounds around this time period such as Judas Priest with Turbo and Quiet Riot with The Wild And The Young. The great thing about The Ultimate Sin is that all the songs were quite good and hold up to this  day. “Tracks such as “Secret Loser” and “Never Know Why” are just as good as “Shot in The Dark” and the title track as far as I am concerned. Lee‘s guitar playing on The Ultimate Sin is phenomenal with some great riffs and soaring solos such as on “Never Know Why.” The rhythm section of bassist Phil Soussan and now deceased drummer Randy Castillo is rock solid letting Lee shine throughout. Osbourne also sounds really good on The Ultimate Sin. Choosing the best tracks on The Ultimate Sin is actually quite difficult because all of the songs are so strong. I suppose I’ll give the nod to “Shot In The Dark” simply because it’s the catchiest song on the record but tracks such as “Killer Of The Giants” continue the fine tradition of Osbourne delivering a killer ballad per album and “Never” is an under appreciated rocking gem.

While Osbourne‘s subsequent albums No Rest For The Wicked and the immensely popular No More Tears which featured Zakk Wylde on guitar were no slouches by any means, I wonder what could have been if Osbourne and Lee had continued together because both would come up with some of their best albums within five years of The Ultimate Sin — Osbourne with No More Tears and Lee with Badlands‘ self-titled debut album. What could both of them together have come up with after The Ultimate Sin? We’ll never know but it’s fun to speculate on what could have been…

Shot in the Dark