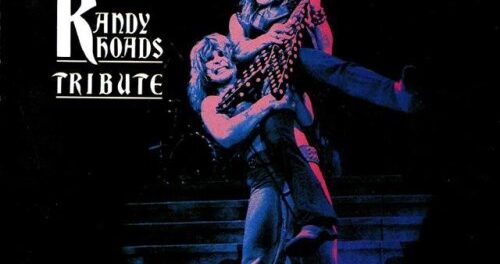 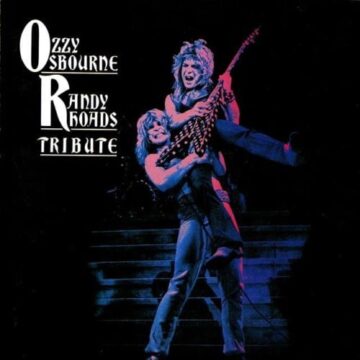 Review:
In a Guitar Legends article from 2005, Ozzy said, “When I left Sabbath, I thought that my career was over and that there was only once place for me: the graveyard. Then I met Randy Rhoads.” Randy Rhoads became the lead guitarist for Ozzy’s first solo album, Blizzard of Ozz (1980). Moving beyond blues-based pentatonic rock, Rhoads incorporated classical music into his playing. While Deep Purple’s Ritchie Blackmore was the first to do this, Rhoads brought it to the forefront. Diary of A Madman (1981), Ozzy’s second album displayed just as much — if not more — of Rhoads’ talent. Rhoads looked like the only guitarist capable of catching up to and perhaps exceeding Eddie Van Halen, ’80s rock guitar king.

In a Guitar World June 1990 interview, Ozzy said that “The first two Ozzy albums are by far the greatest things I’ve ever done.  He [Rhoads] was too good to last.” In between dates on a live tour for Diary, Ozzy and his band stopped at Flying Baron Estates in Leesburg, Florida. Andrew Aycock was the bus driver and also a private pilot. Having driven most of the night and with a substantial amount of cocaine in his system, he took keyboardist Don Airey and tour manger Jake Duncan up in a plane early in the morning of March 19, 1982. On the second flight, the flying-averse Rhoads joined Aycock and Rachel Youngblood, a makeup artist. On that flight, the plane clipped the top of the tour bus, crashed, and burst into flames. Everyone in the plane was killed. Randy was only 25.

It seems incredibly — perhaps even cruelly — ironic that Ozzy, with his pervasive substance abuse and reckless behavior, would live for four more decades and counting, while the comparatively clean-living and composed Rhoads would die prematurely in a freak accident, but these are the rolls of the cosmic dice. Ozzy resumed the tour less than two weeks later. Five years after Rhoads’ death, Ozzy released Tribute as way to remember Rhoads’ life and process his death. The cover photo of Ozzy holding up Rhoads as he plays guitar is an apt metaphor for how Ozzy lifted Rhoads out of relative obscurity and onto the mainstage. Having co-founded and recorded two albums with Quiet Riot that were only released in Japan — this was before their post-Rhoads breakout Metal Health — Rhoads was not well-known outside of the L.A. club circuit. However, you can also interpret the photo as Rhoads and his guitar ascending. Down below, Ozzy holds onto Rhoads who lifts them both up to the stars. Rhoads was absolutely essential to Ozzy’s early post-Sabbath success. We all know how uneven solo albums can turn out, especially after a band breakup, and single members are often unable to duplicate their earlier success. Ozzy would go on to record other popular albums and find other talented guitarists such as Jake E. Lee and Zakk Wylde, but the recordings with Rhoads are his high-water mark.

You can find different accounts of various important points of Rhoads‘ life. In terms of Rhoads’ audition, did he just tune up and run a few riffs? Did Ozzy hire him practically sight unseen while incredibly drunk? Did the two even meet that day or was it Dana Strum who offered Rhoads the job while an intoxicated Ozzy stayed in the studio control room? In regard to why Rhoads got onboard the plane, was it because Aycock assured him he’d make it a gentle flight? Did Rhoads want to take some aerial photographs for his mother? Not only was he not that scared of flying, it was flying on larger planes that actually made him nervous? There are also different memories of the crash. Was there a struggle in the cockpit visible from the ground? Did Aycock suddenly spot his estranged wife who was traveling with the touring group and decide to try to kill her? Had Aycock been buzzing the bus as a prank? Was the plane flying low because Aycock was trying to make it an easy flight and that’s why he inadvertently nipped the edge of the tour bus? Alternative counts of the sourcing of Tribute also abound. Most of it seems to have come from a specific show in Cleveland, Ohio, but there are thoughts that certain parts may have been redone or sourced from elsewhere, and some people believe that that last two live tracks feature Bob Daisley (bass) and Lee Kerslake (drums), the original musicians on Blizzard of Ozz?

There are also different theories about what would have been next for Rhoads. It was common knowledge Rhoads was considering pursuing a formal music degree and leaving Ozzy. By other accounts, Rhoads had enough of Ozzy. One theory is that he felt that the band was changing from an united group in which everyone had equal standing and voice to more of a hierarchy in which he was a side player in a backing band. Another possibility is he was insulted or frustrated with Ozzy’s request to record a live set of Sabbath numbers and thought it was a step backwards for both himself and Ozzy. While it’s debatable as to whether Rhoads would have done another studio album with Ozzy or whether he might even have turned his back on rock music forever, we can be almost certain he would have continued making some type of music. Many think his very best was still yet to come and that we had only glimpsed the top range of his abilities.

Tribute draws mostly from Blizzard with a trio of Sabbath songs and just two tracks from Diary represented. Tribute’s track list coincides with the Blizzard of Ozz Tour’s North American setlist from April to September of 1981, and it is that leg that generated the core of Tribute’s material. This leg of the tour was to, obviously, promote the Blizzard album, but Diary has already been recorded, just not yet released, so the band was beginning to work Diary material into the setlist. It’s a real shame we don’t get to hear live recordings of “Diary of A Madman” and “Over The Mountain” that the subsequent Diary of A Madman Tour would include. The solo in “Over The Mountain” is one of Rhoads’ finest moments. Label vaults can run pretty deep, so maybe we’ll get more one of these days (the 2011 deluxe reissue of Diary gives us a live disc from the Blizzard Tour, for example). Is it too much to hope a full concert from the Diary Tour with audio AND visual footage exists?

Until then, we’ll have to be content with these superb live versions. I’ll argue that all of these live Ozzy solo songs are at least equal to their studio counterparts, while Rhoads does the Sabbath tunes plenty of justice. In many cases, such as “Crazy Train,” “Believer,” and “Mr. Crowley,” they exceed the studio versions, mostly because live recordings can give a heavier sound to studio tracks that can sometimes sound thin. Tribute strikes the right balance between sounding live and sounding too rough or too loose.

While “Crazy Train” ignited a long-gone but once-intense interest in playing the electric guitar, it was the discovery that Rhoads played classical guitar that inspired me take classical lessons. “Crazy Train” was the first Rhoads riff I learned how to play, but the often-overlooked “Dee” from Blizzard was the first Rhoads song I learned to play in its entirety. With its use of harmonics, arpeggios, hammer-ons, pull-offs, and slides, it’s an under-a-minute overview of Rhoads’ work and how he fused classical and rock techniques. Something old, something new. As the years go by, I appreciate Tribute’s inclusion of various in-studio takes of “Dee,” an acoustic tribute to Delores Rhoads, Randy’s mother, who was never far from his thoughts (she lived to be 95). His voice carries an echo — probably the result of the natural echo of an empty studio — as if he speaks to across the silent gulf of decades. At one point, he pauses and disinterestedly says, “there’s a jet.” Eerie coincidence or premonition? After the final pass, he says, “let’s hear that” and there are the sounds of what may be him setting down or putting the guitar in its case and walking away. Though so much more was surely to come, let’s be glad for what we have. Yes, “let’s hear that.” Let’s hear that again and again. Let’s crank that up. Randy lives!

In another reading of the cover photo, an Ozzy clings to Randy’s leg, desperate to keep him from floating away. As long as we have the music, we will always a line, a direct connection to Randy. Tribute is a fortunate, frustrating reminder of just how talented Rhoads is, a rose cut down in or just before full bloom.