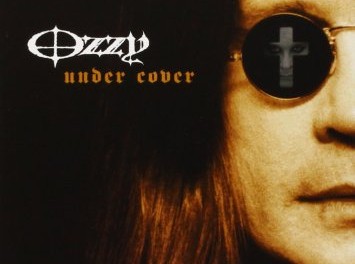 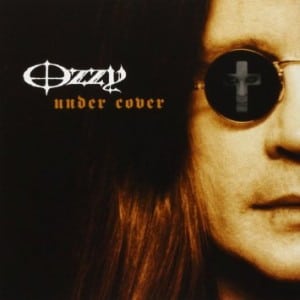 Review:
With the release of Ozzy Osbourne‘s Under Cover hitting its tenth anniversary this November 1st, I thought that it would be fitting to do a review of an album that was bypassed by Sleaze Roxx ten years ago. Funny enough, my main impression of Under Cover going into this review was that the Prince of Darkness’ covers album was underwhelming when compared to other bands’ cover albums. It had also been probably at least last nine years since I had last heard the record as it had been gathering dust in my collection all these years. Would my views of Under Cover change while listening to it for the purpose of this review?

I am cognizant that one’s enjoyment of a bunch of cover songs will most likely hinge a lot on whether you enjoyed the original songs in the first place. There is no doubt that some of the artists covered by Ozzy are legends in the music business (to varying degrees). What can really still be said about artists such as The Beatles, John Lennon, Cream and The Rolling Stones? While there is no doubt as to the pedigree of most, if not all, of the artists covered by Ozzy on Under Cover, the reality is that I only own records from two — The Beatles and The Rolling Stones — of the twelve original artists that Ozzy chose to cover songs from. That being said, I am quite familiar with the songs that were actually covered since Ozzy ended up recording for the most part pretty well known songs from Joe Walsh‘s “Rocky Mountain Way” to The Rolling Stones‘ “Sympathy For The Devil.” It’s also worth pointing out that I enjoy almost all the originals of the songs that Ozzy ended up covering on Under Cover.

Nine to ten years later, my initial impressions of Under Cover still stand. Under Cover is simply an underwhelming experience. I enjoy all of the tracks’ original versions better than what Ozzy came up. That’s often not the case with covers album since covering a classic song thirty to forty years later usually translates in better sound and production. Even though Ozzy certainly had the benefit of modern technology as he and his band performed the songs that ended up on Under Cover, this is one time where technology sometimes ruins the classic songs. As I listen to the songs on Under Cover once again, my first thoughts are that a lot of the tracks could have been played a little bit faster (listen for example to “Rocky Mountain Way”), there is too much experimentation (listen for example to “Sympathy For The Devil”) and I don’t like the guitar tone / sound on the album for the most part. Interestingly, Under Cover is the only album where Ozzy teamed up with Alice In Chains‘ guitarist Jerry Cantrell. Perhaps had Osbourne not relied on a grunge rock guitarist, at least two of the aforementioned issues would not have occurred with the album. It just seems that the seemingly unlikely duo of Osbourne-Cantrell is not on par with other Ozzy-guitarist combinations.

Not one song on Under Cover matches up to the original and some of Ozzy‘s cover versions just — for lack of a better word — suck. Tracks on Under Cover that would fall under the disappointing to very disappointing category include “Rocky Mountain Way” which is just way too slow paced, “In My Life” which seems to lack that Beatles magic, “21st Century Schizoid Man” with its terrible guitar tone and “For What It’s Worth” with its modern sounds that simply do not work. It’s hard to mess up an absolute classic like Mountain‘s “Mississippi Queen” but Ozzy is able to do just that and almost ruins the song. Do check out W.A.S.P.‘s cover of “Mississippi Queen” if you want to hear a kick ass cover of that classic song. The Rolling Stones‘ “Sympathy For The Devil” is another track that gets the butcher treatment from Ozzy and just pales in comparison to the original version. The only track that I find comes close to the original is Ozzy‘s cover of Mott The Hoople‘s “All The Young Dudes.”

Under Cover is one disappointing covers album. It’s time for Under Cover to gather a new layer of dust in my collection and in the future, there will likely be no reason for the dust to be dusted away.