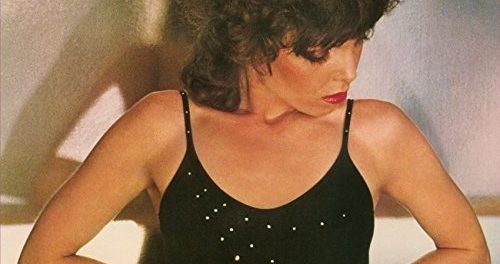 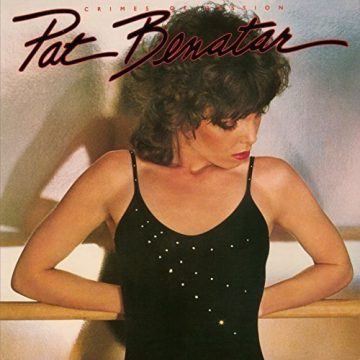 Review:
“…there are three girls here at Ridgemont who have cultivated the Pat Benatar look.” ~Linda Barrett

When ’80s hot-throb Phoebe Cates semi-sarcastically mentions the cultural effect of Pat Benatar on a portion of the female student body during lunchroom chat in 1982 teen romp flick Fast Times At Ridgemont High, she is far from blowing things out of proportion. While not Cates‘ most memorable moment in the movie (carrots and teeny bikinis kind of have the edge), it completely nails where much of America was in 1982 (maybe more so than when the original book was published the previous year) and alongside malls, new wave, Valley Girl speak, teen movies, and slasher films, Benatar was everywhere. While in 1982, you could have taken her short crop, cloth-spun bandana look and swapped it back and forth with Olivia Newton John‘s, Benatar‘s unmistakable powerhouse vocals were anything but interchangeable with any other popular singer at the time.

Striking platinum right out of the gate with 1979 debut release In The Heat of The Night, which featured hard-driving breakthrough single “Heartbreaker”, Benatar would refuse to slow down nearly hitting platinum or higher on six albums over six years including monster sophomore release Crimes of Passion. So huge was Benatar‘s second record that it commanded the number two spot on the Billboard album charts for five weeks only being held at bay by Double Fantasy which had been given new life on the charts following the tragic shooting of former Beatle John Lennon.

Kicking off the promotional campaign a month before the album’s first release with “You Better Run”, for which the video was the second ever played on MTV the following year, Crimes of Passion would eventually reach multi-platinum status due in part to label Chrysalis Records taking full advantage of its packed song list. Falling in line with classic rock albums where the concentration first is to cram a record full of great, solid songs from start to finish before agonizing over which great tracks to release as singles, Crimes of Passion is a play all the way through kind of record and not simply in a pop way. There are some powerfully rocking moments on this one, which even now makes me chuckle nostalgically because my friends at the time had to nearly forcefully convince me that the powerful voice and the incredible image of Benatar on the album were that of an artist that barely stood five feet tall. That saying “great things come in small packages” could easily apply to Benatar in spades.

While “You Better Run” did the trick getting Crimes of Passion out of the gate, it’s follow up single “Hit Me With Your Best Shot” put out a little over a month after the record’s release that would grab the music world by the throat and never look back. Not only was the track very instrumental in landing the record at number two on the charts for over a month, it has created a life of its own in pop culture history as an enduring anthem of female strength, and as a musical part of many movie soundtracks as well as cover bands’ setlists over the years. An amazing task seeing that it is not just a great song, but just one of ten great tracks on a great solid album.

Finishing off 1980 with the final album single “Treat Me Right”, backed by “Never Wanna Leave You”, a track that also made its way to rock radio, Benatar was on fire with the best from Crimes of Passion yet to come in 1981 including grabbing the Grammy Award for Best Female Rock Vocal Performance. Controversial child abuse themed song “Hell Is For Children” became a rock radio hit despite not being released as a single as Benatar took over a good part of mainstream radio with just the five songs from the first side of Crimes of Passion.

As hit filled as side A is, my heartfelt interest in deeper album cuts over the years has resulted in a growing soft spot for the second side of Crimes of Passion. The Giraldo-penned “Little Paradise” is middle of the road ’80s music that could easily rock fans of era artists such as The Cars, Billy Squier, or even Blondie but in a way that only Benatar was pulling off at the time among female artists. At the time, only Chrissie Hyde and The Pretenders came sort of close and it wouldn’t be until the end of 1981 that Joan Jett would jump in adding a bit of an edge to female rock and roll just as artists like Heart and even Benatar were heading down more mainstream paths. But at the tail end of 1981, tiny Pat Benatar was not only one of the biggest female voices on the rock and roll planet, but one of the biggest voices period.

As the flipside to “Hit Me With Your Best Shot”, it’s a wonder that “I’m Gonna Follow You” didn’t find a bit of life on its own on radio with its sultry groove and sexy stabs of lead guitar before the tempo suddenly picks up. It’s the back and forth interplay between tempos and moods that makes this a song that would have been perfect for rock radio in 1980 just as Benatar‘s take on Kate Bush‘s moody “Wuthering Heights” would have made for perfect listening alongside top 40 radio artists like The Police and The Pretenders at the time. But as far as just good, catchy rock and roll, Crimes of Passion saves the infectious best for last.

Both “Prisoner of Love” and “Out-A-Touch” could have been hits for huge power pop ’80s artists like Rick Springfield or Foreigner, the former being a catchy rock dance track with as hooky a verse as chorus. “Out-A-Touch” finishes up things with more rock attitude including a riff that at first listen might make a person ponder where MTV picked up the idea for their original theme song. It’s that chunky, plunky early eighties riff rock that floats somewhere between hard rock, pop, and new wave. The more you listen the more you not only miss the great music of the time, the more you miss when MTV was still cool.

In 1980, I was firmly entrenched in my own little US Army housing area teen world in Germany with a ton of great records to fill my day of friends and fun including Crimes of Passion, which got played on boomboxes in the neighbourhood as much as anything else. The following year, I would leave all that behind to return to the States and the rock radio of WKLS Rock Atlanta and get lost inside my headphones to cope with a whole new world and part of that on the radio and in my boombox was the Crimes of Passion record. Just as in the way it would go on to become referenced in the movie Fast Times At Ridgemont High, it was a significant sign of American times that to this day still screams the first few years of the ’80s along with moments like the 1980 Miracle On Ice, the introduction of the Delorean sports car, and the shooting of Lennon.

Visually, as much as many associate the short hair, headband craze to Olivia Newton John‘s video for “Physical”, Linda Barrett in Fast Times is equally as truthful when pointing out the look courtesy of Pat Benatar and forever she will be connected to that time period as such. However, I like to believe that for most, it is musically where Benatar most left the mark on pop culture and the world that to this day continues to draw fans out to see her and her husband Neil perform live all over the world. The years to follow would bring a few curious musical choices but few can argue the true rock and roll power of Pat Benatar on her first few records and especially on Crimes of Passion.

Pat Benatar‘s “Hit Me With Your Best Shot” video: