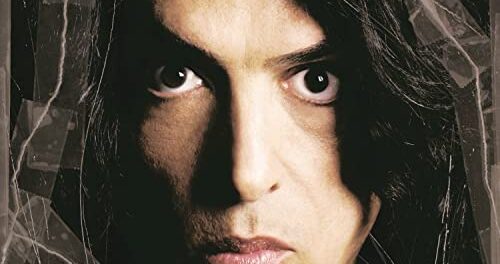 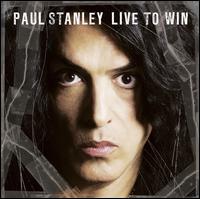 Review:
I am a huge fan of Paul Stanley‘s body of work. While Gene Simmons might have the coolest of the KISS personas and is without a doubt the mastermind behind the KISS commercial success, I believe Paul Stanley is the one who brings the incredible musical skill. Together, they’re unstoppable. Apart, it is hit or miss.

In 1978, KISS did something inventive when all four members recorded different solo discs under the KISS banner. The result of those albums is what I mean by hit and miss. While Paul Stanley and Ace Frehley‘s solo albums were great rockers, Peter Criss and Gene Simmons‘ somehow missed the mark. In 2004, Gene Simmons released another solo disc that was a bit better than his KISS solo disc but still left a little something to be desired. In 2006, it is Paul Stanley‘s turn to take a crack at flying solo 28 years later.

Live to Win is the title of Paul Stanley‘s solo disc. This solo disc, much like Gene Simmons‘ Asshole is not under the KISS banner. So, Paul called upon some of his rocker friends to help make this record. But the amazing array of talent used on this disc is not going to be discussed by me. As Paul said recently, he doesn’t want the players to be the driving force of the record. He wants the music to speak for itself. Lets hear what it has to say!

I will review each song track by track before wrapping it up with an overview at the end. Enjoy!

1. “Live To Win” – This is the title track of the CD. The first thoughts of the disc is how “new” the song feels… It could be that you expect to hear “Detroit Rock City” production quality when you hear the name Paul Stanley. That said, the unsure feeling fades quickly when this track hits the chorus. Paul sounds sensational and the track is a very uplifting rocker. “Live to win, take it all. Just keep fighting till you fall. Day by day, kick it all away, I’m not caving in. Then another round begins, live to win!” Killer stuff there!

2. “Lift” – This one puts back the unsure feeling about the record. Is this Paul Stanley or Evanescence? There’s not even a guitar solo. Just a weak electronic effect… Bah, next track.

3. “Wake Up Screaming” – This one starts off with some of the same weak electronic effects that “Lift” had, but they go away fast and this one picks up where “Live To Win” left off. The feel and groove of this song is sensational and it has a strong chorus… A very strong chorus. This could easily be a radio hit.

4. “Everytime I See You Around” – This one really has a lot going for it. It kind of reminds me of a new Bon Jovi song that doesn’t suck so bad… You know, like “Have A Nice Day” but not any of the weak-ass country crap off that CD… In fact, this really feels like a classic KISS love song. It certainly is the best love song I have heard Paul sing since “Forever”. Very cool chorus, very nice feel. The only iffy thing on this track is the lyrics might be a touch off… But, I really like this one.

5. “Bulletproof” – The Star Child has arrived! This one might be the CD stealer as it is probably the best Paul‘s voice sounds and he seems to have a chorus of singers playing along with him which makes the chorus that much stronger. A great groove, a great guitar solo, and a great song. This one is killer.

6. “All About You” – This one is another great track. Everything about this song is done perfectly. Strong chorus, great production that isn’t overdone, and a fantastic guitar solo. Paul really gets to groove vocally which is where he has always been at his best and this one kicks. Again, it reminds me of a Bon Jovi song that isn’t just Jon trying to get a teenager girl’s attention. A straight forward rocker with strong lyrics bordering on the border of hard rock and pop metal.

7. “Second To None” – I know I’ve said this a lot but this one might steal the record. Paul‘s voice has kicked off the rust by this point and sounds so strong, and this love song even surpasses the “Everytime I See You Around” from earlier. Great track that hit me where it hurts with my own current relationship.

8. “It’s Not Me” – This song is another good rocker. Paul grooves very well with the chorus and the guitar solo is sensational. This one is very thought out.

9. “Loving You Without You” – Another track that hits me where it hurts with my current relationship situation. Great track, probably not as good as “Second To None”, but not a bad one by any means.

10. “Where Eagles Dare” – This record closes just as strong as it opened. Great lyrics that are not submissive… I love in your face lyrics and this one has got it with a good groove.

Overall, here are my thoughts on the record. This is a really strong release by Paul Stanley with some great tracks where he proves a lot of his critics wrong.

The Negatives: A little too much fancy production and the song “Lift” is a piece of shit.